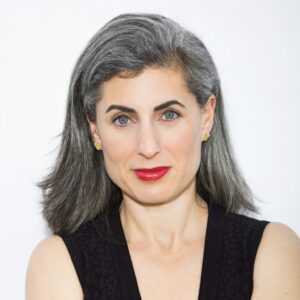 Elizabeth Kubany, Principal of KUBANY LLC, believes that the importance of the designed environment, and its impact on our lives, is paramount. Before founding her agency, she was Director of Public Relations for Skidmore, Owings & Merrill, responsible for conceiving, organizing, and directing a public relations strategy for the 1,100-person, nine-office firm. Prior to SOM, she was Practice Editor of Architectural Record magazine, the most widely read design journal in the world. In this position, she covered the business and management issues confronting architectural practitioners, as well as writing about design. Elizabeth has spoken widely on various topics, including the role of public relations and marketing in the practice of architecture, ethics in architecture, and the problem with architectural fee structures. She holds a B.A. in architecture and architectural history from Columbia University and received her M.A. in architectural history and theory from the Architectural Association in London.