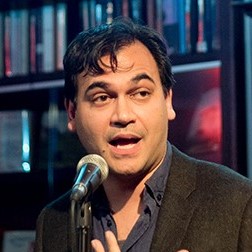 Cassim Shepard is Distinguished Lecturer at the Spitzer School of Architecture, City College of New York. He previously taught in the Graduate School of Architecture, Planning and Preservation at Columbia University, the Cities Programme of the London School of Economics, and the School of Design at the University of Illinois at Chicago. He produces non-fiction media about cities, buildings and places, exhibited at venues including the Venice Architecture Biennale, the Museum of the City of New York, the United Nations, the Pavillon de l’Arsenale (Paris), the African Centre for Cities (Cape Town), and the Cooper Hewitt Smithsonian Design Museum. His writing on urbanism has appeared in Next City, Places, Domus, Public Culture, and Strangers' Guide, among others. His first book, Citymakers: The Culture and Craft of Practical Urbanism, was published by Monacelli Press in 2017. As the founding editor-in-chief of Urban Omnibus, an online publication of The Architectural League of New York, he spent six years working with hundreds of local designers, artists, and public servants to share their stories of urban innovation, with a particular emphasis on housing, infrastructure, and the changing nature of cultural institutions. His work has been supported by a Guggenheim Fellowship and a MacDowell residency and recognized with an Arts and Letters Award in Architecture from the American Academy of Arts and Letters. He studied filmmaking at Harvard University, urban geography at Kings College London, and urban planning at the Massachusetts Institute of Technology.