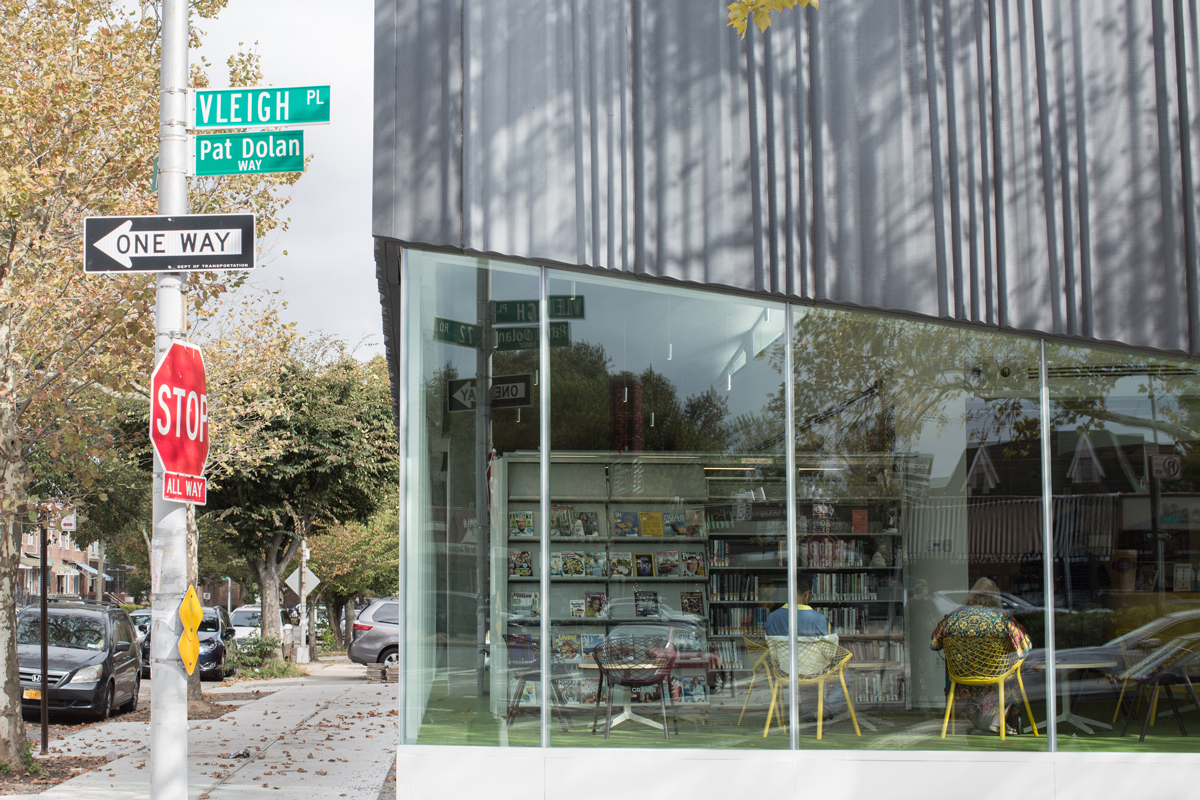 On January 15, 2020, Open House New York was approved for a $40,000 Art Works grant by the National Endowment for the Arts to support a new yearlong series of tours, talks, and public programs exploring how shifts in culture and technology in the 21st century are transforming libraries both institutionally and architecturally. The announcement was included in the NEA’s first round of fiscal year 2020 funding to support arts projects in every state, with 1,187 grants totaling $27.3 million.

“The arts are at the heart of our communities, connecting people through shared experiences and artistic expression,” said Arts Endowment chairman Mary Anne Carter. “The National Endowment for the Arts is proud to support projects like Open House New York’s series about the future of libraries.”

“It was not so long ago that many forecasters predicted that libraries would become obsolete with the dawn of the digital age. But in fact, libraries in New York are seeing increases in attendance and circulation, driven by innovative approaches to programming and services, delivered in reimagined buildings and spaces,” said Open House New York executive director Gregory Wessner. “This series will explore the future of libraries and celebrate the profound importance that they play as critical institutions of civil society.”

Launching soon, the series will present tours and talks with architects and designers, library experts, social workers, city officials, and community advocates exploring the library as an institution and building type in the midst of radical change. How has the library’s essential role as an institution of civil society evolved? How are new forms of architecture helping to support this evolution? What new strategies in library design help foster the openness and flexibility necessary for knowledge in the 21st century? And what new possibilities exist for what a library can be to its community?

This is the sixth installment of Open House New York’s Urban Systems Series, an ongoing project that explores how economic, environmental, and cultural shifts of the 21st century are transforming the systems that will shape the future of New York. Previous series have explored the changing spaces of contemporary manufacturing; the network of production and distribution facilities of the city’s food system; and most recently, the future of transportation in New York. For more information, click here.

The Art Works funding category supports projects that focus on public engagement with, and access to, various forms of excellent art across the nation; the creation of art that meets the highest standards of excellence; learning in the arts at all stages of life; and the integration of the arts into the fabric of community life. For more information on projects included in the Arts Endowment grant announcement, visit arts.gov/news.

For updates about Open House New York’s series on libraries, sign-up for our newsletter.