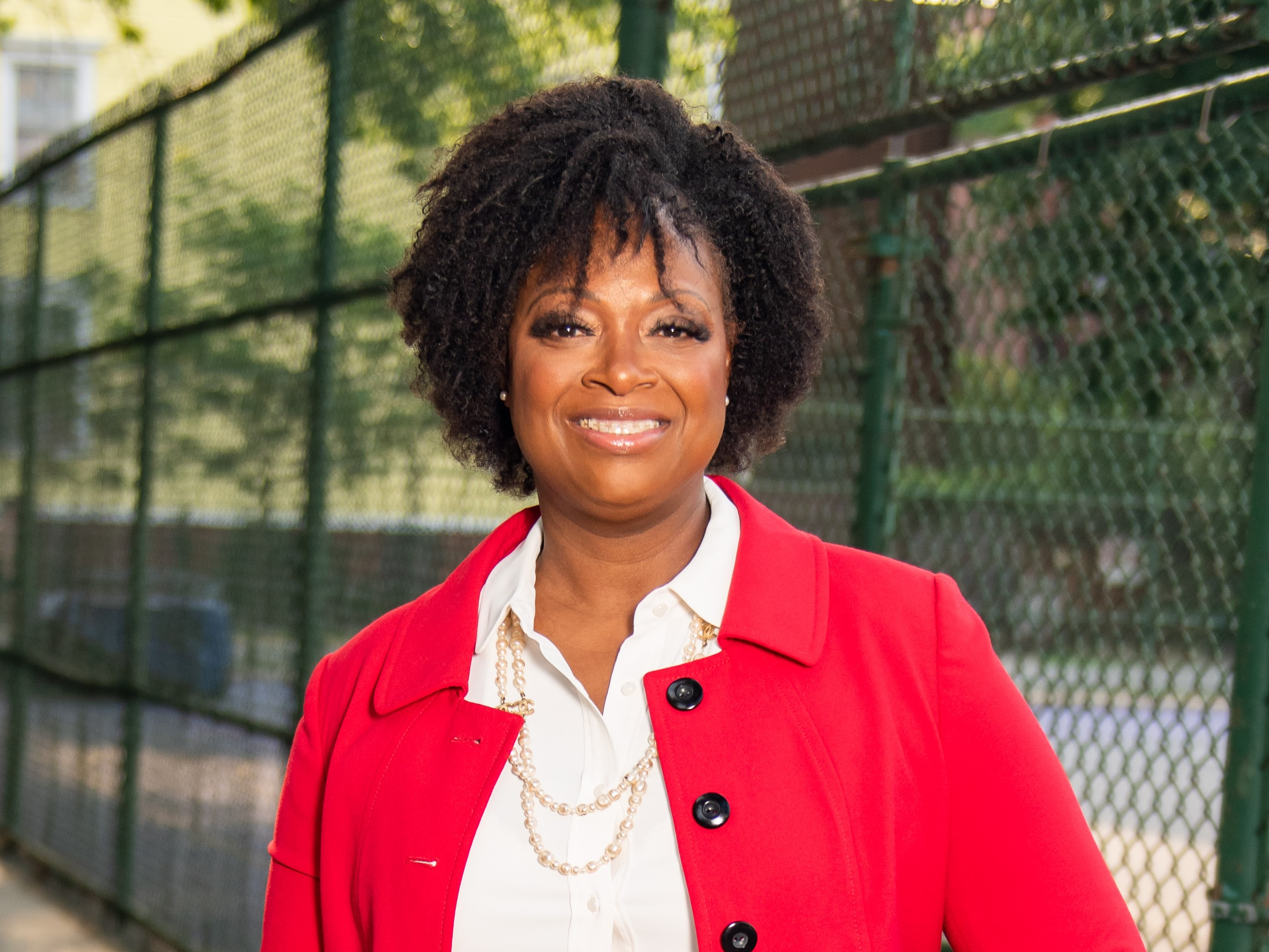 At the Open City Benefit on June 9, Open House New York will honor LISC NYC with its first Building Capital Award, in recognition of its efforts to increase access to capital in underinvested communities across the five boroughs. As New York City recovers from the devastation of the pandemic, LISC’s work to invest in some of the city’s hardest hit communities not only provides a lifeline to neighborhoods, businesses, and families across the five boroughs, but also represents the pathway for long-overdue systemic change.

As Senior Executive Director of LISC NYC, Valerie White is responsible for advancing a platform of racial and economic equity by building on $3.1 billion in LISC NYC investments to spur affordable housing, economic development, health equity, and workforce development in underserved neighborhoods. In this role, Valerie leads the team in developing a vision, and advancing strategic policies and programs that foster equity and inclusion in disinvested communities.

Before joining LISC NYC in April 2020, Valerie was executive vice president at Empire State Development (ESD), as well as executive director of the New York State Division of Minority and Women’s Business Development. Previously, she was vice president at the Brooklyn Navy Yard Development Corporation. Valerie also spent 17 years at Standard & Poor’s Global Ratings (S&P); leading the public finance structured and affordable housing business as managing director. In addition to her extensive professional experience, she also serves on the advisory board for the Fordham Urban Law Center, and is a director on the Fordham Law Alumni Association. Valerie holds both a bachelor’s degree in communications and a law degree from Fordham University, as well as a master’s degree and certificate in organization development from The New School.

We recently chatted with Valerie about LISC NYC’s impact on the city, the importance of supporting the arts, advice to young professionals, and her favorite hidden gem in New York City.

In your words, what does LISC NYC do and how does it impact on the city?

LISC NYC is a community development non-profit committed to closing the racial wealth gap and creating a more equitable, inclusive, and sustainable New York City through direct investment in affordable housing, minority-owned businesses, and community-based partners. Our organization is the flagship New York City office of the national Local Initiatives Support Corporation (LISC). Since 1980, LISC NYC has invested over $3.1 billion and leveraged an additional $7.6 billion in support of low-income communities. LISC NYC’s investment strategy is guided by a belief that the time has come to forge a future for New York City that eradicates the racial wealth gap for good, protects affordable housing, and builds pathways to meaningful economic opportunity for all New Yorkers.

You joined LISC NYC in 2020 at a pivotal moment, what project or achievement are you most proud of?

I joined LISC NYC just before New York City was put “on pause” as a result of COVID-19 ripping through the five boroughs. Minority-owned businesses who were already feeling the weight of systemic inequity were put on the brink of devastation as businesses were forced to close and the majority of New Yorkers stayed indoors. Shortly after joining LISC NYC, we mobilized on behalf of these struggling minority-owned small businesses, raising and deploying more than $4 million dollars to more than 400 minority-owned small businesses, along with an additional $13 million in PPP loans provided to non-profits and small businesses. And, not only were we able to help these businesses remain open, but we also connected them with the long-term supports, services, and resources that would help them thrive into the future. It was a testament to our staff here at LISC NYC and our dozens of community-based partners across the five boroughs that we were able to make a real difference on behalf of this vital small business community.

You serve on the board of BRIC Media Arts and formerly Brooklyn Arts Council. Why is supporting the arts and New York’s creative communities vital to the city’s future?

New York has so many incredible artists and creative individuals, particularly BIPOC New Yorkers who use art for personal expression and civic action. I think it’s critically important that we empower these artists to do even more. Art brings life and vibrancy to communities; we should encourage it and support investment in our artists of all backgrounds, ages, color, and creed.

What advice would you give to young professionals looking to build a career in community development and civic engagement?

Any young professional looking to build a career in community development should immerse themselves in the neighborhoods in which they want to help initiate progress and change. Young professionals should meet with longtime community leaders, local non-profit executives, and neighbors to understand the challenges facing the neighborhood and the needs most critical to its growth. We are blessed in New York City to have so many committed and storied community advocates whose life work is to empower and uplift our most underserved neighborhoods. Through learning from these exceptional leaders, young professionals looking to enter the community development space will soon be the leaders of the next generation.

What is your favorite spot (or hidden gem) in New York?

The Rose Hill campus of Fordham University—my alma mater. The history of the rigorous intellectual scholarship and committed symbolism to its motto—Sapientia et Doctrina – emanate throughout the campus.