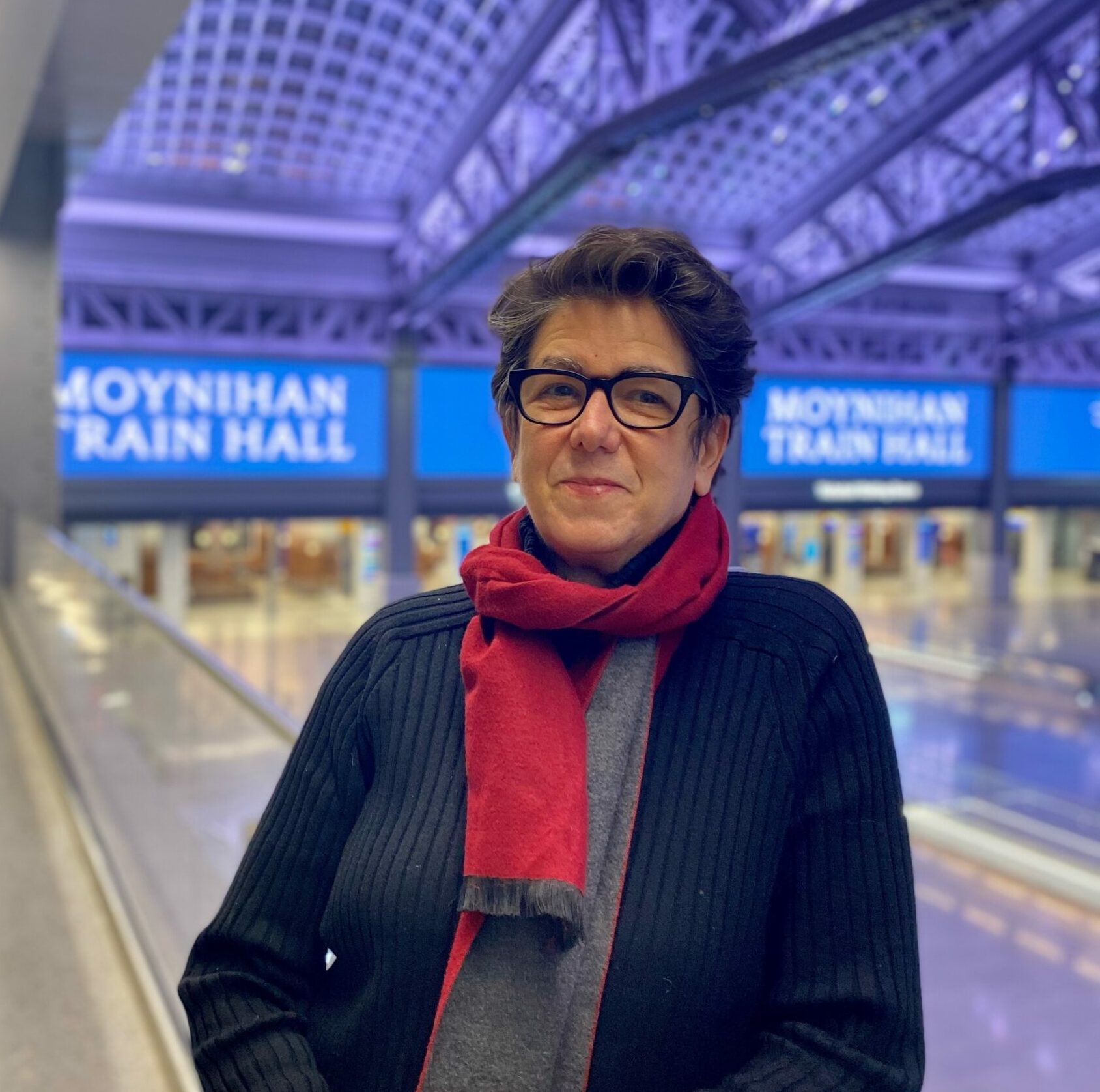 We asked SOM Director, Marla Gayle, about her experience as Project Manager of the design for Moynihan Train Hall, including her favorite feature and what statement she believes the train hall makes about New York’s future.

Moynihan Train Hall has been decades in the making—a long-held dream for New York City. Imagine waking up every morning knowing that your job was to help fulfill a promise and make a dream come true. It was also a very humbling experience to work on the adaptive reuse of one of McKim, Mead & White’s greatest landmarks.

The size and experience of the team really helped make this possible. Empire State Development’s leadership, and its partnership with Vornado Realty Trust, The Related Companies, Amtrak, the MTA, the Long Island Rail Road, and Skanska really is unprecedented. It was a diverse group of stakeholders. And everyone—down to the design-build team between SOM, Skanska, and all the consultants who worked with us for decades—shared the same goals to create an iconic gateway for the region and honor the majesty of the Beaux-Arts structure.

What is your favorite feature of Moynihan Train Hall?

If I had to choose one—and there are so many facets of the project I could mention—it would be the skylight, and the way the steel trusses, which are original to the building, support it structurally and blend the old with the new. The skylight brings sunlight back inside the Penn Station complex for the first time since the 1960s, and in doing so, it reestablishes the magnificence of the original, sky-lit station designed by McKim, Mead & White.

What statement do you think Moynihan Train Hall makes about New York and the city’s future?

The train hall is the city’s new front door. It restores the dignified arrival experience of the original Penn Station. From a functional perspective, it increases the station’s concourse space by 50%, and that additional space not only relieves pressure on the existing station, but also unlocks the very possibility of renovating the station as a whole. What the project represents is a commitment from New York State to elevate the travel experience at the busiest transportation hub in the Western Hemisphere.

What has surprised you about how the public is experiencing this new “front door” to the city?

Work on the project began well before the pandemic. Shortly after the train hall opened on New Year’s Day in 2021, when many people were still at home, we learned about New Yorkers and travelers from around the region who came to the station just for a glimmer of hope. It had immediately become a destination. That really demonstrated the power of architecture for us—Moynihan Train Hall had become a symbol of inspiration and uplift.