Re-Opening the City for All: A Conversation with NYC’s Chief Librarians 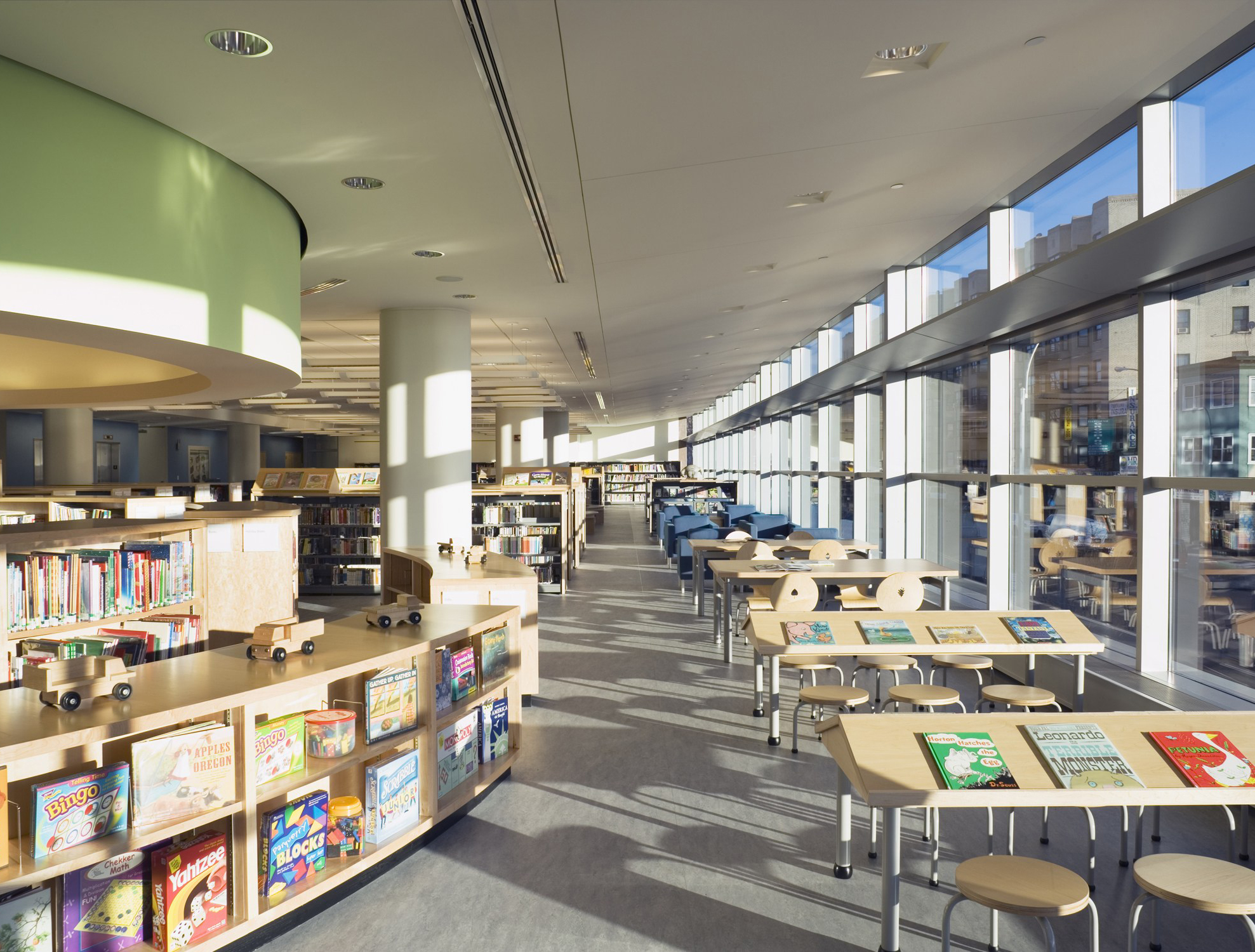 On May 10th, 2021, 53 library branches across the city re-opened to the public, phasing in services to bring nearly a quarter of these vital community anchors back to life for New Yorkers. As public spaces and trusted institutions, libraries hold a pivotal position—yet given the pandemic’s dramatic and uneven health, economic, and social impacts, particularly in underinvested neighborhoods, the question remains: is New York actually open for all?

Open House New York hosted a conversation about the re-opening of libraries across the five boroughs as part of Radical Knowledge: Libraries as Community Catalysts —an exploration of the profound transformations underway for public libraries in New York and across the nation. Re-Opening the City for All: A Conversation with NYC’s Chief Librarians featured a thought-provoking conversation on the priorities for re-opening New York City’s public library branches. Shannon Mattern (The New School) moderated a conversation between the chief librarians of New York City’s public library system, Brian Bannon (New York Public Library), Nick Buron (Queens Public Library), and Nick Higgins (Brooklyn Public Library), which was followed by a public Q&A session.

This series is being developed with learning institutions, community activists, and leaders across New York City’s diverse communities. Virtual, experiential, and participatory experiences for Radical Knowledge include conversations, workshops, site visits, self-guided tours, and a scavenger hunt. These activities are being designed to reach OHNY’s core audience of city explorers while also engaging underrepresented communities that are often not included in the power structures of New York City.

Nick Higgins
Nick Higgins is the Chief Librarian at Brooklyn Public Library in charge of public service across Brooklyn. In concert with other members of the senior management team Higgins leads the leads the development of transformative library services and spaces for the residents of Brooklyn.  Higgins has had an extensive career in New York City’s public library system—from a library trainee at BPL to NYPL’s Correctional Library Supervisor, and now back at BPL as Chief Librarian.  Creating unique programs for older adults, individuals and families impacted by the justice system, immigrants, and people experiencing homelessness, and then creating a citywide library-based video visiting service for kids with parents incarcerated on Rikers Island led Higgins to be named “Mover and Shaker” by Library Journal in 2017. He received an MLS from the Pratt Institute and a BA in British Literature from Hunter College.

Brian Bannon
Brian Bannon is the chief librarian of The New York Public Library.  Bannon is the libraries first-ever Merryl and James Tisch Director.  He responsible for directing NYPL’s 88 neighborhood branches, as well as the Library’s educational strategy.  Bannon recently served a commissioner and chief executive officer of the Chicago Public Library.  His successful tenures include working at San Francisco Public Library as Chief Executive Officer, at Seattle Public Library and at the Bill and Melinda Gates Foundation.  Bannon came to NYPL in 2019 with 20 years of experience in developing and implementing educational programs, lifting up a culture of learning, reading, and community learning.  Amongst many other accolades, he has been named to Fast Company’s “100 Most Creative People in Business” list and was named one of Chicago’s top 100 innovators by Blue Sky Innovation, a publication of the Chicago Tribune. Bannon received his bachelor of arts from Pacific Lutheran University and his master’s degree in library and information science from the University of Washington Information School.

Nick Buron
Nick Buron was named Queens Public Library’s Chief Librarian in 2016, overseeing public library service at each of the Library’s 66 locations. He leads a 700-person team that is responsible for the Library’s collections, programming, outreach, and customer experience. Buron joined Queens Public Library in 1993 as a librarian trainee at Woodside Community Library and later assumed management positions at several libraries throughout the system.  In between, Buron rose to the highest ranks of the organization. In these roles, he drove the growth of the Library’s programmatic offerings and attendance to unprecedented levels. He also brought Universal Pre-K to the Library’s literacy center at the Ravenswood Houses in Long Island City and to Woodhaven Community Library. Buron earned a Master of Library Science from the State University of New York at Buffalo and a Bachelor of Arts in History from the State University of New York at Albany.

Shannon Mattern
Dr. Mattern is a Professor of Anthropology at The New School for Social Research. Her writing and teaching focus on archives, libraries, and other media spaces; media infrastructures; spatial epistemologies; and mediated sensation and exhibition. She is the author of The New Downtown Library: Designing with Communities, Deep Mapping the Media City, and Code and Clay, Data and Dirt: Five Thousand Years of Urban Media, all published by University of Minnesota Press. In addition to writing dozens of articles and book chapters, she also contributes a regular long-form column about urban data and mediated infrastructures to Places, a journal focusing on architecture, urbanism, and landscape, and she collaborates on public design and interactive projects and exhibitions.