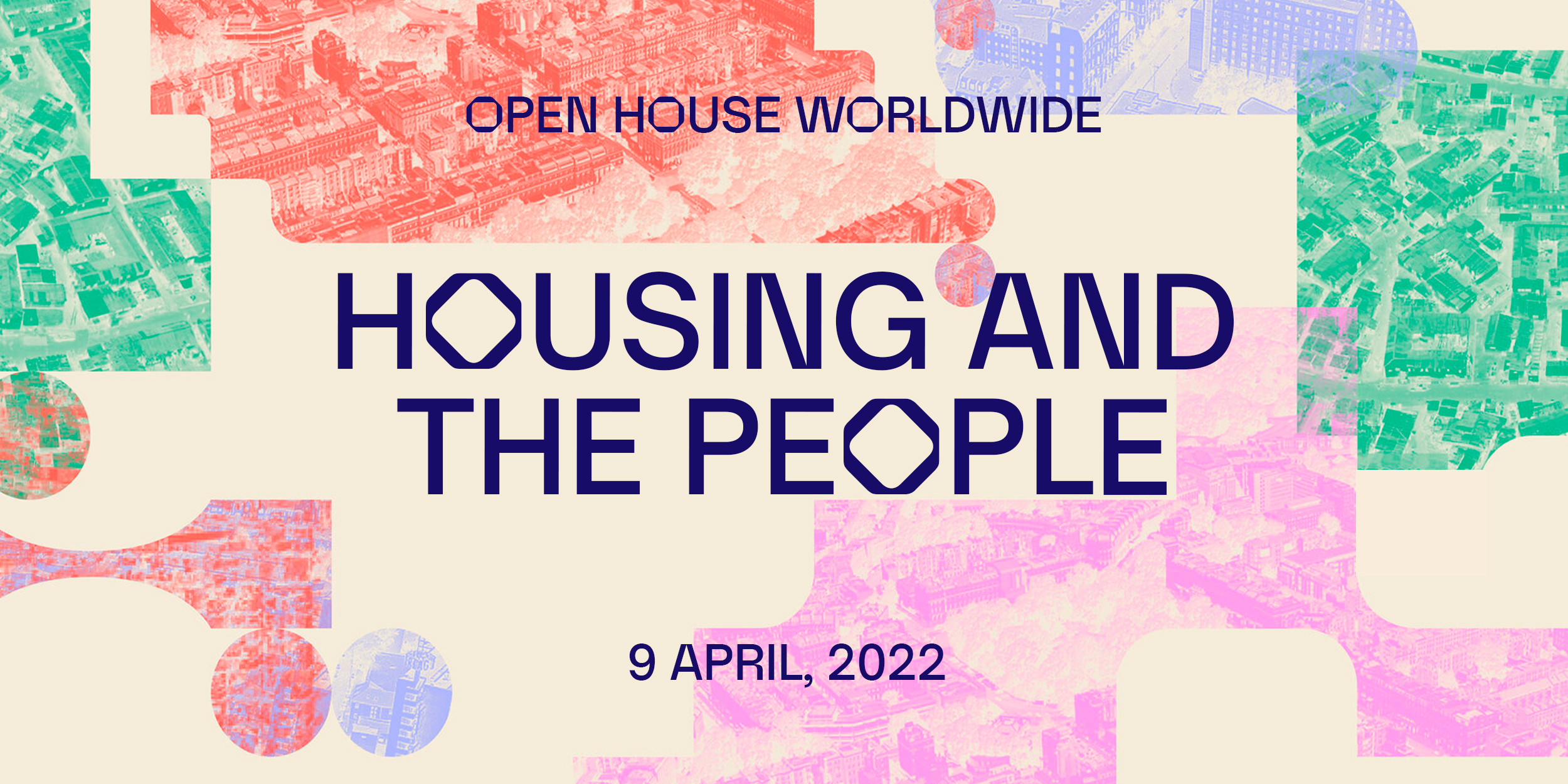 The pandemic has turned the design of housing and neighbourhoods on its head, transforming perspectives and aspirations across the globe. Simultaneously, profound shifts in technological, environmental and social conventions are rewriting the rulebooks of domestic life.

As households the world-over change in size, composition, values and dreams, how should the architecture of our homes evolve to match? Housing and the People, the second Open House Worldwide festival, sought global answers to what makes housing a home.

Created by the Open House Worldwide network, Housing and the People was a daylong live broadcast of tours of housing projects in Melbourne, Taipei, Buenos Aires, Oslo, London, New York, and more. The festival explored bold housing estates and neighbourhoods, meet residents and architects reshaping dwellings, and brought together critical debates about the future of housing.

On April 9, 2022, Open House Worldwide presented a 12-hour online broadcast of live tours and talks from around the world exploring the most innovative new projects in housing.

Keep Functionalism in the Family: Baldizzi Apartment and Tesař’s Villa

Jump back to the 1930s, with homes in Brno and New York that both tell stories over generations. First, a visit to the Tenement Museum in New York, where the ‘Baldizzi Apartment’ recreates the 1930s home of a family of Italian immigrants living through the Great Depression. A divergence from the Functionalist style of architecture of the period, and more luxurious than the Baldizzi apartment but equally functionalist, Tesař Villa in Brno was designed by Bohuslav Fuchs in 1937 with large apartments set behind curving walls. The building was commissioned by the Tesař family and has remained in the family for three generations.

City in a City: Co-Op City

Housing and the People closes with the story of the largest housing cooperative in the world: Co-Op City in New York. In this hour, Open House Worldwide screened Adam Tanaka’s City in a City, a short documentary film exploring the housing development built in New York between 1966 and 1973 and which is home to over 40,000 people. After the film, viewers embarked on a live tour and conversation with a current resident to think about what this visionary project can teach us about housing for the future.

Rowan Wu (Open House New York) invited Adam Tanaka, urban planner and educator and Bernie Cylich, Co-Op City Board of Directors to a conversation about the past, present, and future of this remarkable development.

Open House Worldwide is a network of over fifty Open House non-profit organizations that host festivals and conversations about architecture, design, and cities around the globe. In response to the COVID-19 pandemic, which limited the in-person participation that defines the Open House festival experience, Open House Worldwide created an online festival with global reach in November 2020.

The festival was live-streamed on YouTube from 6:00am to 6:00pm UTC on April 9, 2022. The recording of the livestream can be viewed here.