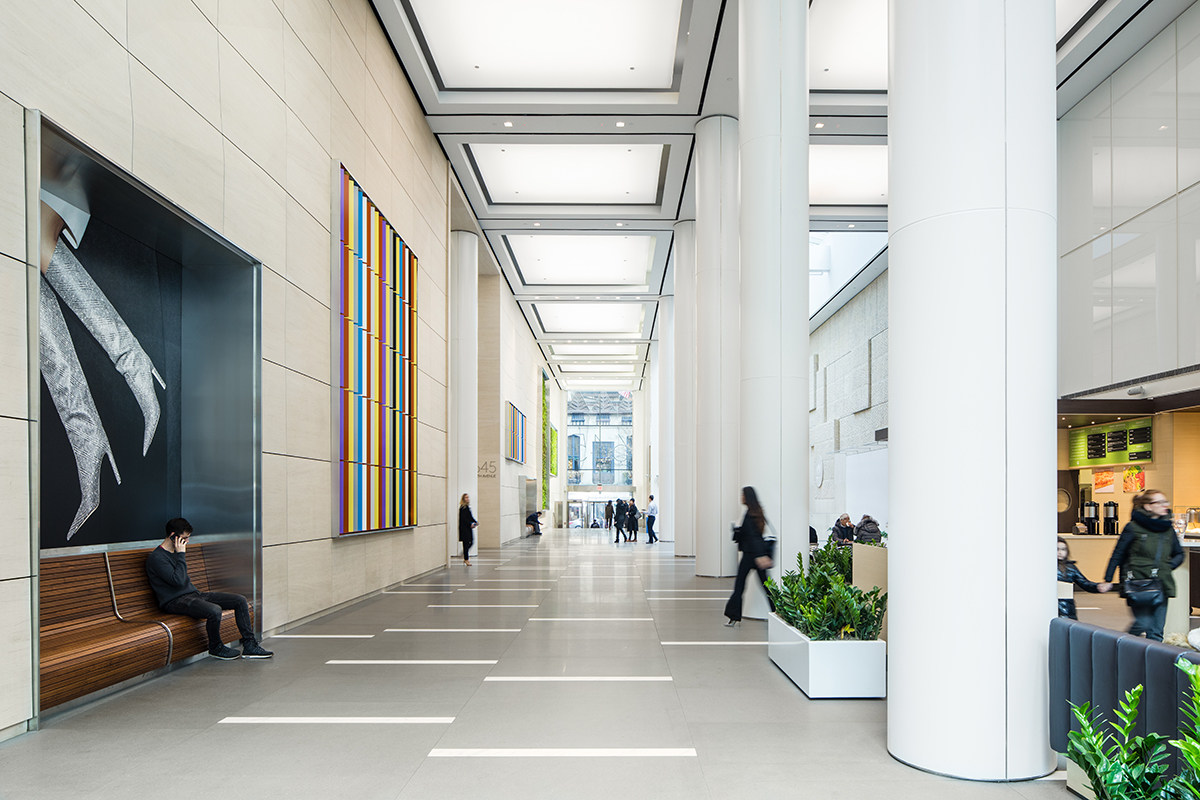 This is tour is sold out but members are invited to join the waitlist to be notified via email if a ticket becomes available.

Originally constructed in 1974 by Skidmore, Owings and Merrill (SOM), Olympic Tower was the first mixed-use building to open on Fifth Avenue. Reimagined by Oxford and designed by MdeAS Architects, Olympic Tower’s passageway connecting 51st and 52nd Street has reopened as a beautiful interior public plaza, cultural hub, and respite in the heart of Midtown. The new design revitalizes the tower’s street presence and enhances tenant services by capitalizing on previously underutilized areas.

Oxford has installed a MdeAS Architects designed all-glass entry façade, transforming the corridor into an open and welcoming destination next to one of Manhattan’s most important treasures, St. Patrick’s Cathedral, and the prominent Fifth Avenue. Circadian lighting introduces natural rhythms to Olympic Tower’s interior, which features flexible seating areas, a café, and green wall tapestries. A highlight of the lobby renovation is a series of commissioned sculptural works by artist Liam Gillick, titled Triangulated Passage. The site-specific installation, which consists of three wall structures made with multi-colored aluminum panels, provides opportunities for communal engagement throughout the space.

Reservations are only open to OHNY members and are required as space is very limited. Reservations begin on May 30 at 8am.

Not a member? Join today!