Buried Beneath the City 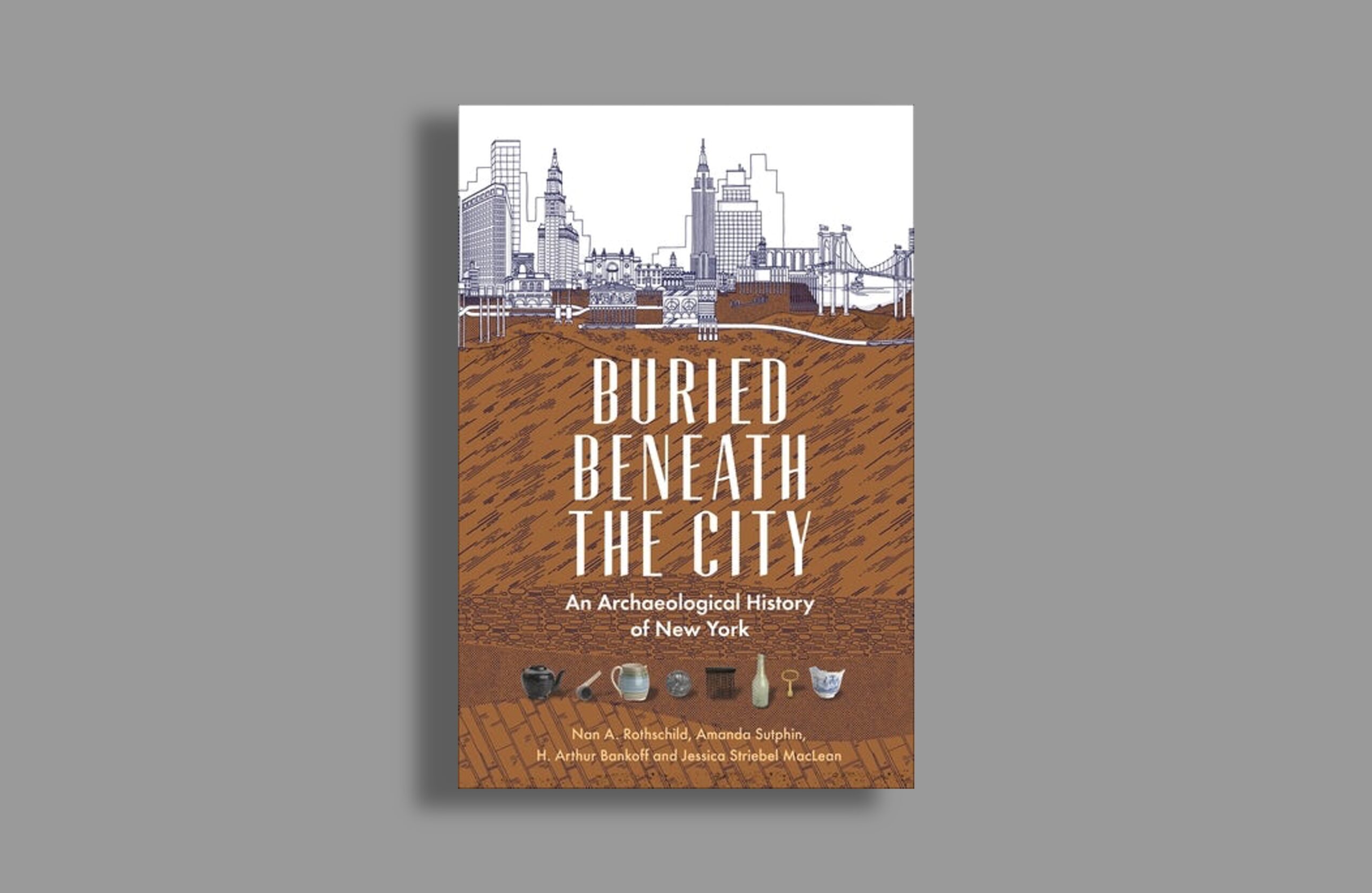 Buried Beneath the City answers this question for New Yorkers by thoroughly examining a range of artifacts excavated from all corners of the city. Join us for a conversation on urban archaeological history with co-authors Amanda Sutphin and Jessica Striebel MacLean.

Buried Beneath the City (Columbia University Press, 2022) is “an archaeology book about history and a history book about archaeology.” Featuring 49 sites from Riverdale to Tottenville, this book traces the development of archaeological practice in New York while telling the city’s history through objects, from the tools of 10,000-year-old indigenous communities to the contents of 19th century households.

MacLean and Sutphin are part of a team of experienced archaeologists with the NYC Landmarks Preservation Commission. The LPC is the largest municipal preservation agency in the U.S. and is responsible for protecting the city’s architecturally and culturally significant buildings and places by designating them as landmarks and regulating them following their designation. The LPC also maintains the NYC Archaeological Repository: The Nan A. Rothschild Research Center, which houses almost a million artifacts collected in the city.

This OHNY Stacks talk will feature a conversation between Amanda Sutphin, Jessica Striebel MacLean, and OHNY Board Vice President Saundra Thomas. Participants in this event will gain insight into the preservation process and what everyday objects tell us about the lives of ancient and modern New Yorkers.

Purchase Buried Beneath the City here.

Amanda Sutphin is the director of archaeology at the New York City Landmarks Preservation Commission and manages the NYC Archaeological Repository: The Nan A. Rothschild Research Center.

Jessica Striebel MacLean is an urban archaeologist at the New York City Landmarks Preservation Commission and the NYC Archaeological Repository: The Nan A. Rothschild Research Center.

Saundra Thomas is Principal of SPT Consults and lends her expertise on strategic planning, team building and board development to nonprofits. Most recently, she was Vice-President of Community Affairs at WABC-TV, where she led the strategic vision for community outreach, station visibility, and philanthropy while working with 200+ nonprofits in the tristate. Thomas has made community service the center of her life and was a candidate for New York City Council in 2013.

OHNY Stacks is a series of book talks exploring the unknown, the unseen, and the unnoticed aspects of urban life. Join Open House New York throughout the winter as we shine a light on the books that are exploring how our cities are shaped today. These conversations, hosted by OHNY Board Member Saundra Thomas, will offer a refreshing, frank, and often humorous guide to what lives and lies beneath what’s often taken for granted in our cities.

This event will be hosted live on Zoom. Guests will receive the link to the event content in your order confirmation email, and in a reminder email before the event starts. The event will be recorded and shared with all ticket holders.