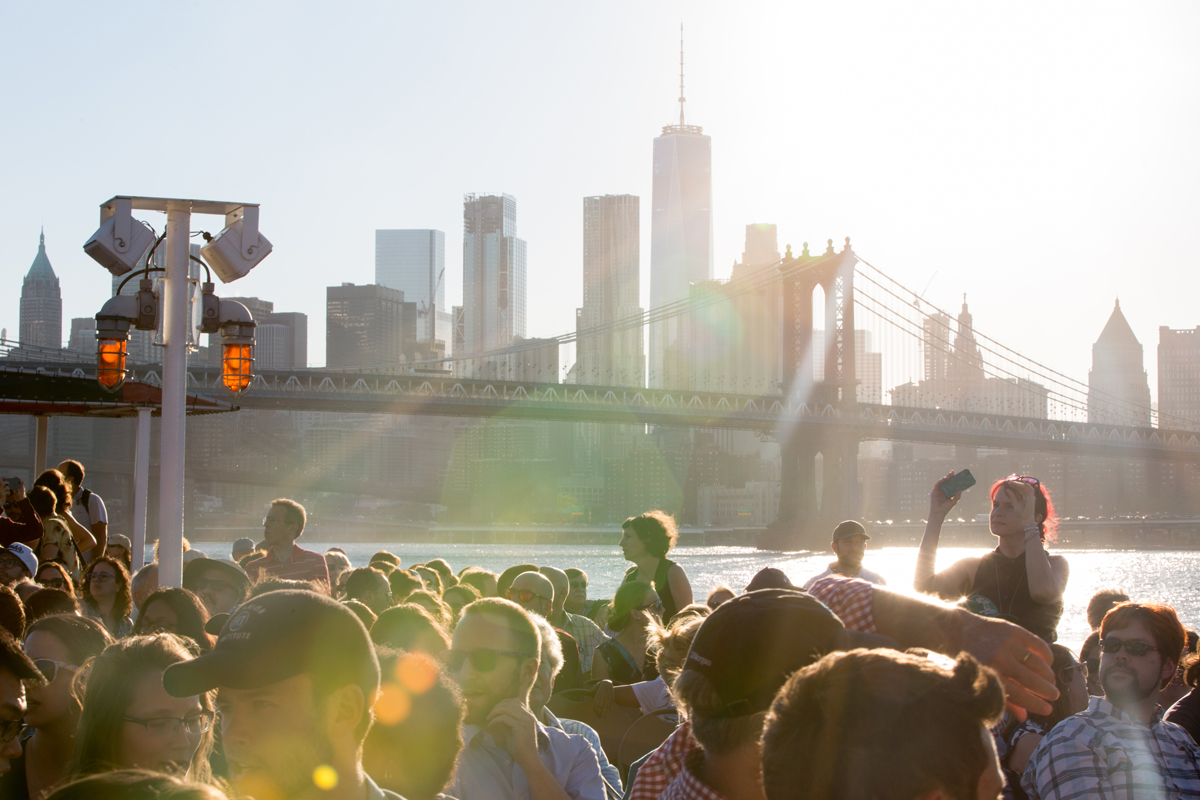 New York City is home to over 2,000 bridges and tunnels that knit together the city’s unique geography, each day carrying hundreds of thousands of cars, buses, trains, bikes, and more. It is a vast network that connects New Yorkers to jobs, food, goods and services, and other resources, and allows a dispersed archipelago of islands to become a unified city. From the Brooklyn Bridge and other East River bridges to the web of subway and service tunnels that link Manhattan to its neighbors,  modern New York would not—could not—exist without these feats of engineering. The city’s and region’s future rests on its ability to not just maintain these infrastructure marvels but continue to innovate and introduce new transport links.

Please note: The boat will depart from Pier 83 at the Hudson River and West 43rd Street promptly at 6:30 pm; guests much check-in and be onboard no later than 6:20pm. No food or alcoholic beverages may be brought aboard but sandwiches, salads, snacks, will be available for purchase, as well as hot and cold beverages including wine, beer, and cocktails.

This program is part of The Moving City: Transportation Infrastructures of New York, a year-long series of tours, conversations and debates about the future of transportation and mobility in New York City. Major support has been provided by the National Endowment for the Arts and matching gifts from our 2019 Spring Benefit Donation Challenge supporters.