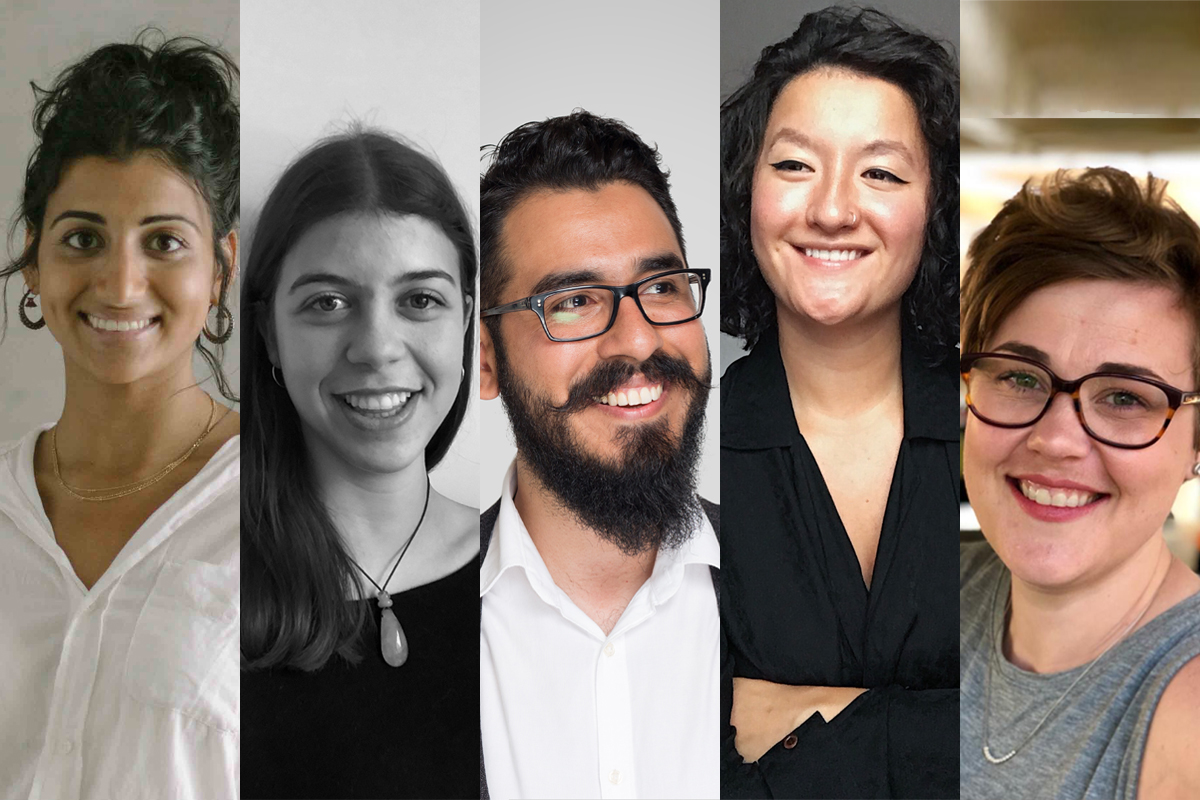 In 2019, Open House New York opened the doors to more than 350 sites across the five boroughs to 90,000 visitors, connecting New Yorkers with the city and to each other. Whether it’s an inside look at the TWA Hotel or a talk about the future of transportation; a preview of the new Center for Fiction or a citywide cultural festival, Open House New York is the go-to platform for public education and engagement about architecture, urbanism, and the future of New York.

As a small nonprofit organization, our work would not be possible without the generous support of our dedicated members, volunteers, sponsors, partners, and friends. As part of our annual I’m an Open House New Yorker campaign, we asked members of the OHNY community why they support our work.

Open House New Yorker since… 2007, when I first moved to the city. OHNY Weekend was a great way to explore and get to know my new home. I lived with a designer and an architect and their enthusiasm for the weekend was contagious and I’ve been using the Weekend as an excuse to explore new neighborhoods and hidden gems ever since.

Most memorable Open House New York experience: I remember visiting the Cathedral Church of St. John the Divine during one OHNY Weekend and that moment has really stuck with me. It inspired me to wander through Morningside Heights where I eventually stumbled upon the General Grant National Memorial. I spent hours in the neighborhood, stopped in several shops and cafes, and enjoyed the amazing views of the Hudson River.

I’m an Open House New Yorker because… the city’s buildings, historical sites, and cultural institutions are incredible and having access to them is why I love living here.

Open House New Yorker since… 2012, a couple of years after I came to New York. I have been visiting sites every year during OHNY Weekend, but it wasn’t until 2017 that I got more involved. That year, with my wife’s pushing, I decided to enter the OHNY Weekend photo competition and received an Honorable Mention in the Interiors category. I have been volunteering as a photographer ever since.

Most memorable Open House New York experience: When I discovered Bronx Community College through OHNY. I love Marcel Breuer and was fascinated by the campus. I was literally high on architecture that day.

I am an Open House New Yorker because… Open House represents New York. OHNY is all about openness and access.

Open House New Yorker since… 2010. My parents–who are regular attendees and volunteers–first introduced me to OHNY when I was in high school. From a young age, I knew I wanted to be a designer and the first OHNY events I went to were Open Studios where I got to tour architecture firms and meet people in the profession. It was the perfect opportunity to gain insight into the field, network, and make professional connections that remain to this day.

Most memorable Open House New York experience: Volunteering during the summer of 2018. I had graduated in May and after a post-grad trip, had time before my full-time job started. I decided volunteering for OHNY would be a wonderful use of my time and way to give back to the organization that had given to me so much over the years. It was so nice to work with the people behind OHNY in the office in the lead up to OHNY Weekend. There is an astounding amount of work that goes into the festival and I felt honored to be part of the team.

I’m an Open House New Yorker because… I’m an architect–space is my medium. Every day, I think critically about the built environment and the ways in which design affects it, the ways in which space can be transformed, and people’s relationship with space. OHNY understands space and they also understand accessibility, which unfortunately is not always innately bound. There is a major dichotomy of private and public spaces that severs New York City into pieces, in terms of both physical space and inhabitants. OHNY has found a way to soften these divides.

Open House New Yorker since… 2016. A/D/O hosted the Launch Party for the 2016 Open House New York Weekend in the middle of a construction site, since our building was only half completed. It was amazing to see how many other New Yorkers had a shared love for the city’s built history, despite not being trained architects or designers.

Most memorable Open House New York experience: Definitely attending the panel discussion for After Rikers: Justice by Design. Rikers Island is a stain on New York’s justice system, and criminal justice reform often seems like such an insidious, systemic, and complex issue to tackle. OHNY’s Spaces of Justice series was a great reminder that good design can have a profound impact on the public by promoting social good, and that we should never underestimate New York City’s willingness to welcome change.

I’m an Open House New Yorker because… I still believe that New York City can be a blueprint for progressive, inclusive spaces. Our built environment shapes culture, history, and society, and it’s our responsibility to ensure that NYC reflects our beliefs and ideals. I’m also a total nerd for architectural history.

Open House New Yorker since… 2017. I heard about Open House New York from one of my NYU professors and attended a program on the history of New York City’s waste systems, which inspired me to take a class all about trash the next semester. This April, I joined the OHNY team as a program assistant and have had the opportunity to work on our year-round programs and OHNY Weekend.

Most memorable Open House New York experience: I’ve had so many memorable experiences in my eight months at Open House that it’s hard to pick just one. Walking along the Long Island City waterfront in perfect spring weather on an architecture tour led by John Hill would definitely be up there. The tour took us from the East Side of Manhattan to Long Island City to Roosevelt Island by ferry. Seeing the East Side Access project in progress, 150 feet below Grand Central Station, was also incredible.

I’m an Open House New Yorker because… I love New York and it excites me to see people learning about and taking part in shaping the city.

Are you an Open House New Yorker who shares our values of open doors and open dialogue? Supporters like you make our work possible. Make a year-end gift today to keep New York open.