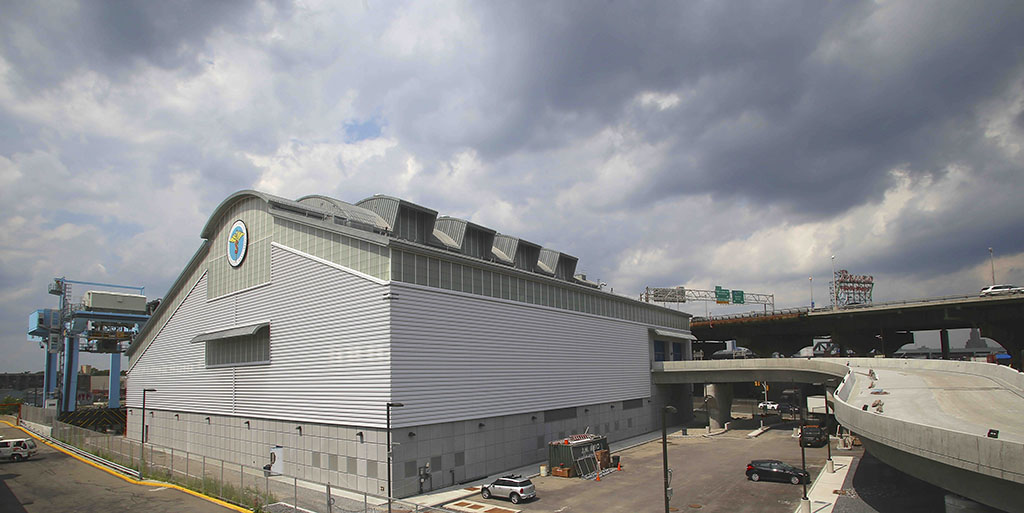 The NYC Department of Sanitation’s (DSNY) Hamilton Avenue Marine Transfer Station will be the transfer point for household waste from ten community boards across Brooklyn. This brand new facility is one of a planned network of four across the five boroughs. The first, in Queens, opened in 2015; later this year, Hamilton Avenue will be the second to come online, with the other two already under construction in Manhattan and southern Brooklyn.

When Fresh Kills landfill on Staten Island closed in 2001, DSNY shifted to a truck-based system to cart waste from the city to distant landfills. The Hamilton Avenue MTS is a key part of the city’s 20-year Solid Waste Management Plan, which re-activated marine transfer sites to shift waste handled by DSNY to a rail- and marine-based transportation system, dramatically reducing air pollution caused by truck-based transport.

Join us for a tour, led by DSNY guides, that will explain how innovative environmental technologies and architectural sensitivities come together to create a state-of-the-art infrastructure. Learn the surprising intricacies of municipal waste management with a tour of this complex and cavernous space.

This program is part of Getting to Zero: New York + Waste, a year-long series of tours and talks exploring New York City’s waste system.