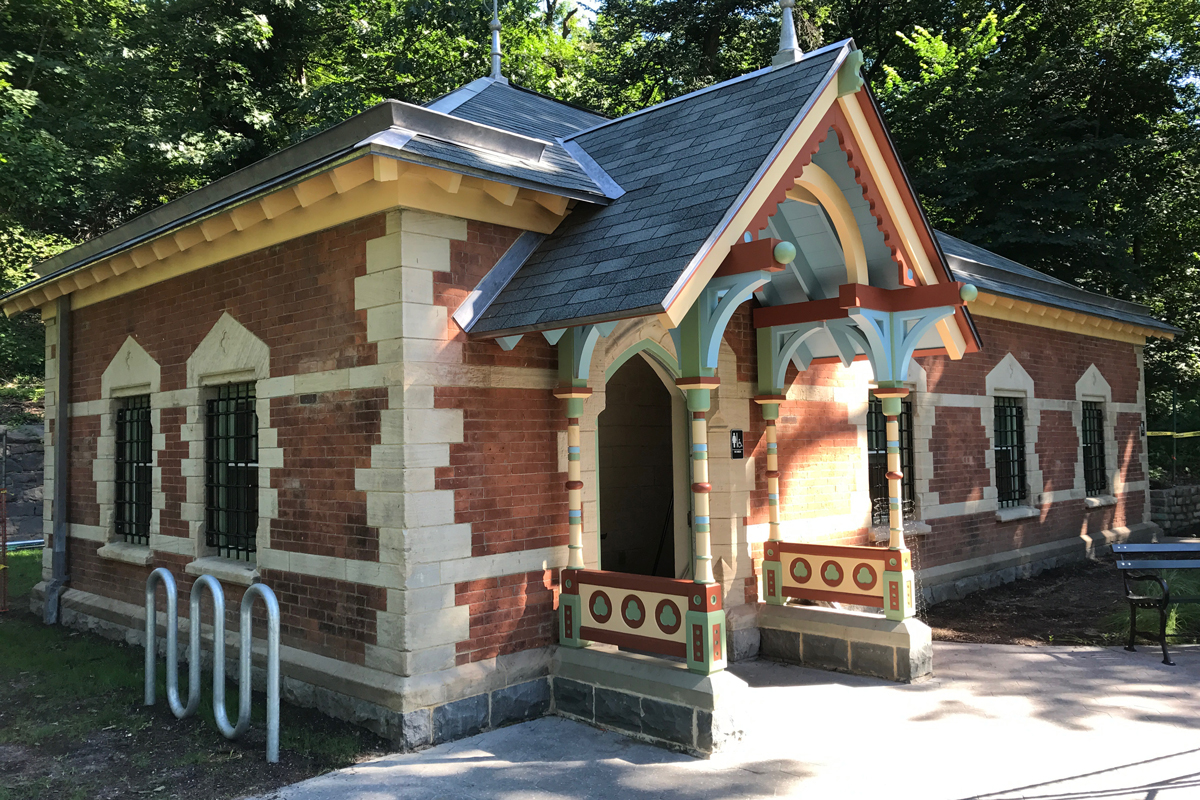 Turnstile Tours offers guided tours and interactive virtual programs that explore how New York City works—from the working waterfront and urban ecology, to food systems and public spaces—with an emphasis on lesser-known places and people’s stories. Built around partnerships with local nonprofit organizations, their programming connects locals and visitors alike to sites that include Brooklyn’s Prospect Park, New York City’s street vendors and public markets, and industrial waterfront sites that include the Brooklyn Navy Yard and Brooklyn Army Terminal. As a benefit corporation, Turnstile Tours measures and reports on its social, environmental, and community impacts annually.

For Open House New York Weekend, Turnstile Tours has created and curated a variety of experiences for participats to enjoy virtually and outdoors on October 17 and 18, 2020.

Wall Street to Astoria by Ferry Tour
A waterfront tour by ferry with sites and stories about Roosevelt Island, the Brooklyn Navy Yard, the Newtown Creek, and Hellgate.

Brooklyn Navy Yard Perimeter Tour
Discover lesser-known stories and sites by foot along the perimeter of the Brooklyn Navy Yard with stops including the 1807 Commandant’s House in Vingegar Hill and the Naval Cemetery.

Prospect Park Waterways
Learn about the ingenious drainage system and chain of manmade streams and ponds that terminate in Brooklyn’s largest lake, follow the park’s scenic watercourse, and go inside the 1869 Wellhouse.

Bowne House
The oldest building in Queens and second-oldest in New York State, the Bowne House was built by a Quaker who emigrated from England for religious freedom. Explore the house with a docent and its live-in caretaker for a behind-the-scenes look into the house and its collection.

National Lighthouse Museum
From the Civil War through the 1960s, a central depot in St. George supplied America’s lighthouses and Aids to Navigation. Learn about the story of this essential service and the people, equipment, and structures that have kept America’s shipping channels safe.

Rocking the Boat
The Whitehall skiff, a style of boat developed in New York 200 years ago, has been changing the lives of teens in the Bronx for the last 20 years. Rocking the Boat uses these small boats to teach engineering, craft, rowing and sailing, and marine ecology.

Urban Garden Center
Witness a gardening demonstration and conversation with Dimitri Gatanas of the Urban Garden Center at La Marqueta, a third generation family-owned business in East Harlem that dates back to 1957.

Waterfront Museum
The Lehigh Valley No. 79 covered barge shuttled cargo around New York Harbor from 1914 until sometime in the mid-1970s. David Sharps rescued this wooden barge in 1985, digging it out of the mud, floating it, and renovating into a museum, performance space, and home.