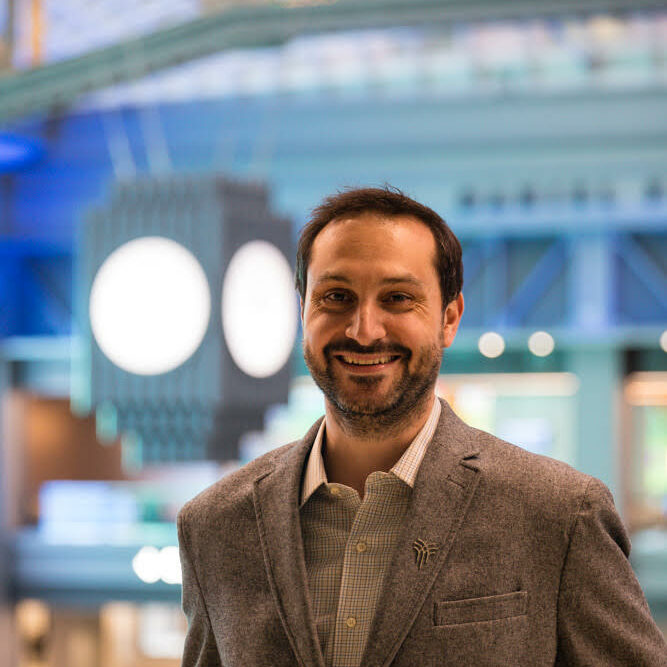 Doug Carr managed the execution and delivery of the $1.6B Moynihan Train Hall project for Empire State Development on behalf of New York State. He was instrumental in the formation of facility’s unique condominium regime, a complex public-private partnership, which continues to guide asset management and operations of the 1.4M sq. ft. mixed-use facility.

Tell us what it was like to work on this monumental civic project.

Being a part of this project and working alongside the team of professionals it took to restore this grand building has been an absolute privilege. The new Moynihan Train Hall is a testimony of what can be accomplished when developers, contractors, designers, and city/state/federal agencies work collaboratively to achieve a common vision.

Moynihan Train Hall is a result of decades of planning and three and a half years of construction efforts to restore this grand building. The building you see today represents the work of so many including the leadership of New York State, as well as our project partners, Vornado, Related, Long Island Rail Road, Amtrak, and our designer and builder teams lead by SOM and Skanska. Any project of this scale truly requires a team effort, including tremendously talented designers, engineers, and advisors, but also the skill and craftsmanship of the many labor trades which brought the building to life.

What is your favorite feature of Moynihan Train Hall?

Among many candidates, I would have to say the dramatic steel trusses spanning the main train hall – which at one time served as overhead lookout galleries for the US Postal Inspectors Service. Not only do they support the wonderful skylights which provide light and life to the train hall, the trusses are the literal representation of the transition from old to new, that I think the building represents. Imagine if the Postal Inspectors could see the view today!

What statement do you think Moynihan Train Hall makes about New York now and the city’s future?

The project is a symbol of perseverance, strength, and resilience. Our team hopes that it will serve as a model for how complex infrastructure projects can be delivered and an example of what can be accomplished by adaptive reuse and historic preservation. We hope that the conversion of the historic James A. Farley building into a classic yet contemporary train hall will endure as a symbol of preserving iconic buildings of the past while establishing the future of great civic architecture.