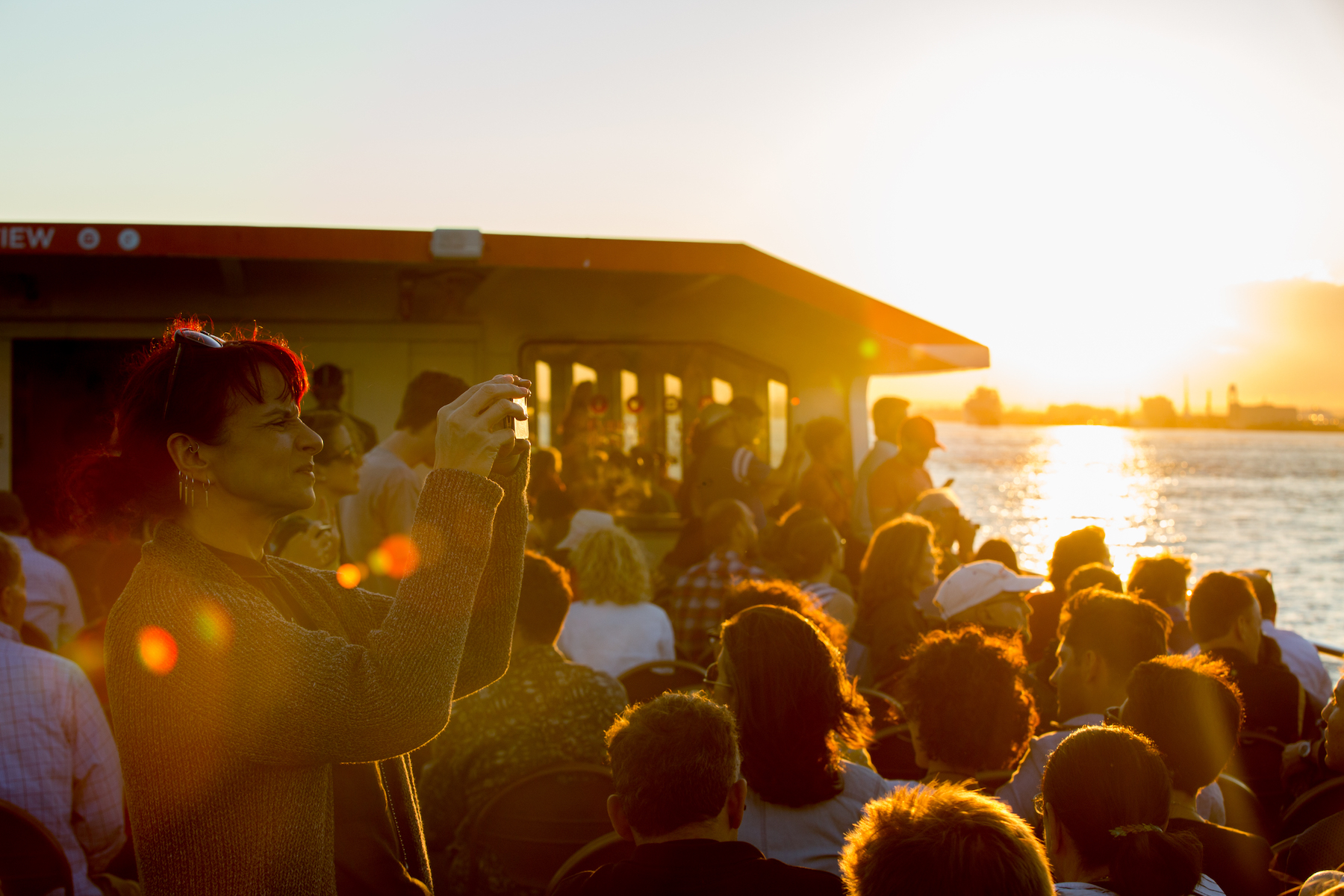 Getting to Zero will take to the city’s waterways with a special boat tour on the longest day of the year to highlight the oft-overlooked role of our rivers and harbor in supporting the vast and complex infrastructural systems created to keep the city clean.

An expert panel of guides will include Marty Bellew, a retired Director of the Bureau of Waste Disposal for the NYC Department of Sanitation (DSNY); Alyssa Loorya, president and principal investigator at Chrysalis Archaeological Consultants; Robin Nagle, NYU professor and DSNY anthropologist-in-residence; and Tom Outerbridge, general manager at Sims Municipal Recycling.

Departing from Midtown Manhattan, the tour will traverse New York Harbor and the Hudson and East Rivers to illuminate the ways in which the waterways that have defined the city’s culture and economy have also played an outsized role in shaping the ways in which New Yorkers dispose of the things that they no longer want or need. From early landfilling practices that reshaped Lower Manhattan to the environmental battles that raged across the city in the last quarter of the 20th century, the stories told on this tour will transform the way that participants think about and understand the city’s waterfront.

This program is part of Getting to Zero: New York + Waste, a year-long series of tours and talks exploring New York City’s waste system.