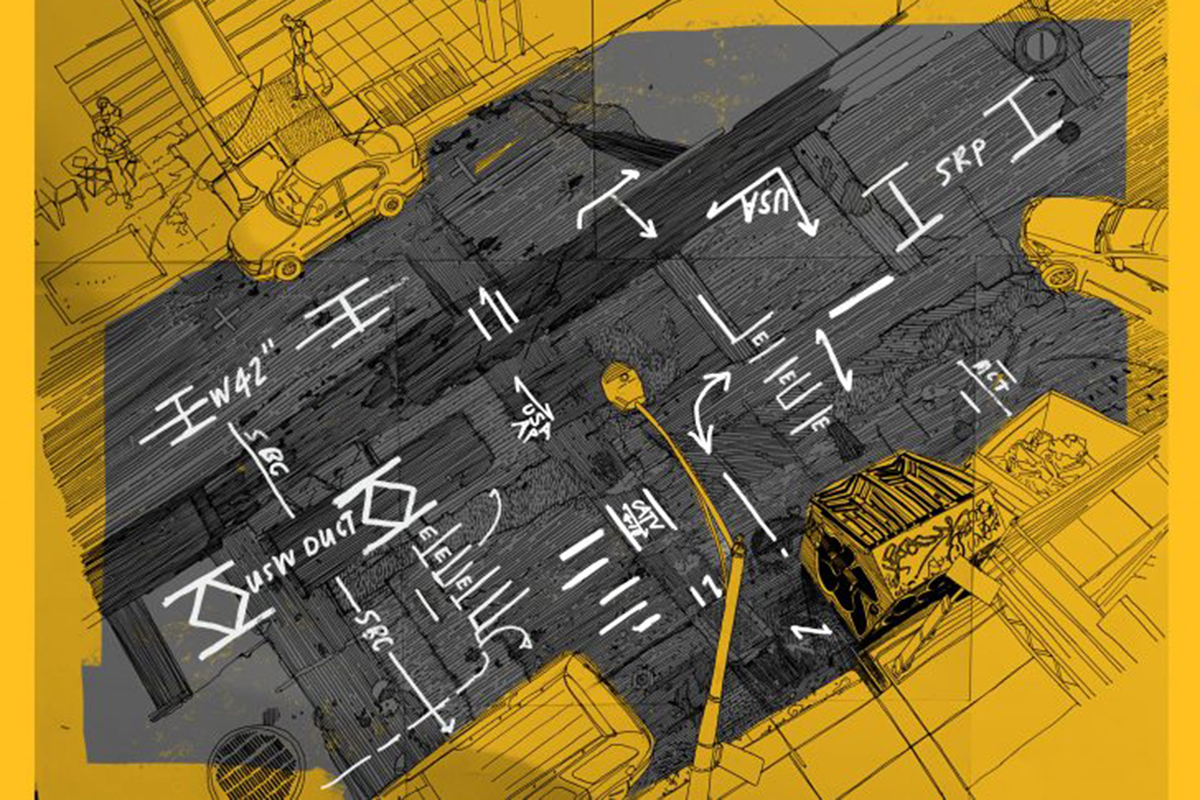 Why are manhole covers round? What do the yellow squiggly lines painted on the street tell us? Why don’t you see metal fire escapes on new buildings?

Roman Mars and Kurt Kohlstedt, creators of the popular design podcast 99% Invisible, have a keenly observant eye and an insatiable curiosity for uncovering the mysteries of the city baked into the buildings we inhabit, the streets we drive on, and sidewalks we traverse.

Digging into everyday urban design is the centerpiece of The 99% Invisible City: A Field Guide to the Hidden World of Everyday Design (Houghton Mifflin Harcourt, October 2020). Inspired by the podcast, this new book zooms in on intriguing details about how our cities work, exploring the origins and other fascinating stories behind everything from power grids and fire escapes to drinking fountains and street signs.

“We usually define cities in terms of their bigness, so it’s easy to forget that our daily experience of any city is made up of countless tiny, intimate encounters. Just as Jane Jacobs did fifty years ago, Roman Mars and Kurt Kohlstedt provide a new way of seeing urban life, finding secrets and surprises behind every sewer grate, storefront, and street sign.”
—Michael Bierut, graphic designer, design critic, and author

Author Bios
Roman Mars is the host and creator of 99% Invisible, a short radio show about design and architecture. With over 400 million downloads, the 99% Invisible podcast is one of the most popular podcasts in the world. Fast Company named him one of the 100 Most Creative People in 2013. He was a TED main stage speaker in 2015. It is currently the most popular TED Talk about design with over 6 million views. His crowd-funding campaigns have raised over $4 million and he’s the highest-funded journalist in Kickstarter history. He is also a co-founder of Radiotopia, a collective of ground-breaking independent podcasts.

Kurt Kohlstedt, co-author, is also producer and digital director of 99% Invisible. Back in 2007, Kurt founded WebUrbanist, the first in a series of online urban architecture, art and design and publications that would go on to reach hundreds of millions of readers.  Over the years, Kurt has worked on residential, industrial, theatrical, furniture, graphic and web design projects.

Snag a copy of The 99% Invisible City!
ORDER NOW

OHNY Stacks is a series of book talks exploring the unknown, the unseen, and the unnoticed.  These conversations shine a light on the impact of some of the historical staples of American life and how they have shaped our cities and continue to affect inhabitants.

This event was hosted live on Zoom. Watch here.