Social Infrastructure is a Right: Places for Gathering, Sharing and Learning 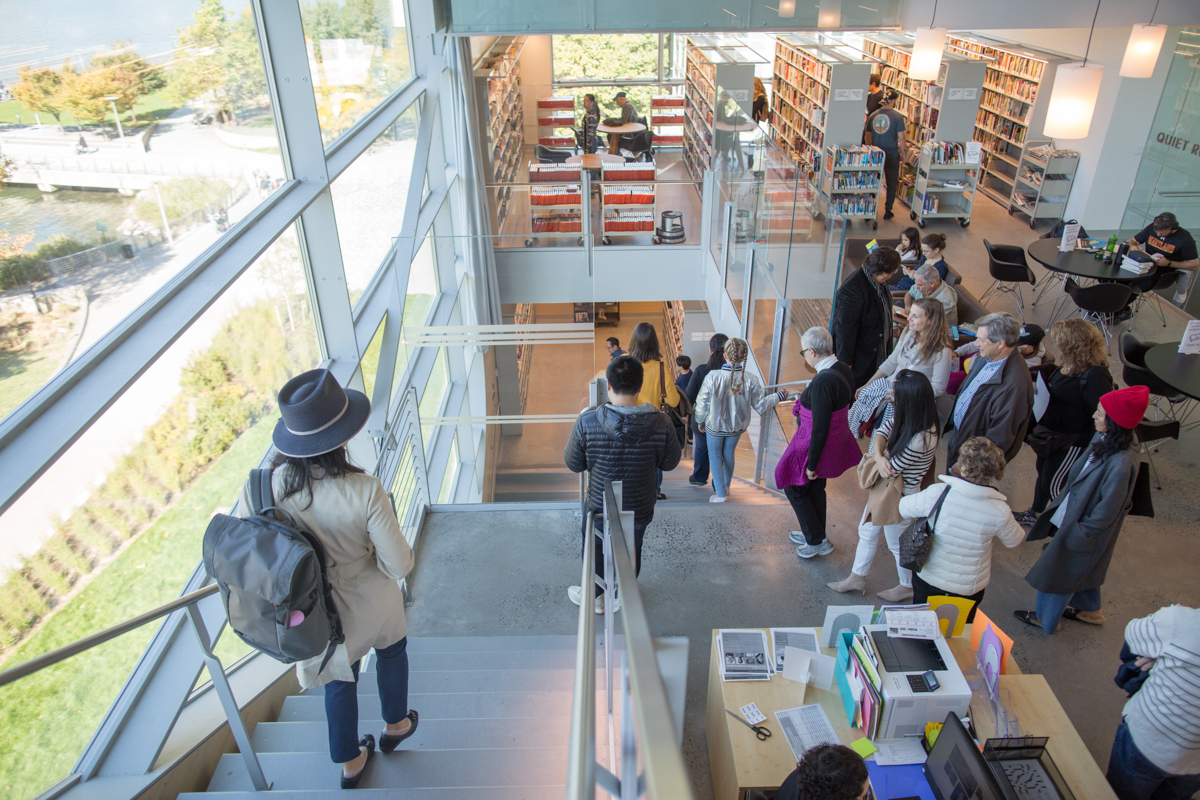 Open House New York has launched a new urban systems series, Radical Knowledge: Libraries as Community Catalysts, to explore the profound transformations underway for public libraries in New York and across the nation. The series kick-off, Social Infrastructure is a Right: Places for Gathering, Sharing, and Learning, featured a thought-provoking conversation about the ways in which libraries provide social infrastructure for their communities with Dr. Carla Hayden, Librarian of Congress, and sociologist Eric Klinenberg, Director of the Institute for Public Knowledge at New York University.

Shannon Mattern, Professor of Anthropology at The New School, will offer provocative framing remarks, including how libraries are evolving their role locally and institutionally alongside the country’s racial justice movement and the global pandemic. The conversation between Dr. Hayden and Klinenberg will illuminate how public libraries are transcending beyond being simply passive providers of resources to be active facilitators of social impact, community resilience, racial equity, and social justice. This event includes a public Q&A session moderated by Dr. Mattern.

Dr. Carla Hayden
Dr. Hayden was sworn in as the 14th Librarian of Congress on September 14, 2016. Hayden, the first woman and the first African American to lead the national library, was nominated to the position by President Barack Obama in 2016. Hayden also serves as a member of the National Museum and Library Services Board. Prior to becoming the Librarian of Congress, she served as CEO of the Enoch Pratt Free Library in Baltimore, MD. Before that, Hayden was deputy commissioner and chief librarian of the Chicago Public Library. She was also an assistant professor for Library and Information Science at the University of Pittsburgh and library services coordinator for the Museum of Science and Industry in Chicago. She began her career in 1973 at the Chicago Public Library, first as a library associate and children’s librarian and then as the young adult services coordinator. Hayden was president of the American Library Association from 2003 to 2004. In 1995, she was the first African American to receive the Library Journal’s Librarian of the Year Award in recognition of her outreach services at the Pratt Library. Hayden received a B.A. from Roosevelt University and an M.A. and Ph.D. from the Graduate Library School of the University of Chicago.

Eric Klinenberg
Eric Klinenberg is Helen Gould Shepard Professor of Social Science and Director of the Institute for Public Knowledge at New York University. He is the author of Palaces for the People: How Social Infrastructure Can Help Fight Inequality, Polarization, and the Decline of Civic Life (Crown, 2018), Going Solo: The Extraordinary Rise and Surprising Appeal of Living Alone (The Penguin Press, 2012), Fighting for Air: The Battle to Control America’s Media (Metropolitan Books, 2007), and Heat Wave: A Social Autopsy of Disaster in Chicago (University of Chicago Press, 2002), as well as the editor of Cultural Production in a Digital Age, co-editor of Antidemocracy in America (Columbia University Press, 2019), and co-author, with Aziz Ansari, of the New York Times #1 bestseller Modern Romance (The Penguin Press, 2015). His scholarly work has been published in journals including the American Sociological Review, Theory and Society, and Ethnography, and he has contributed to The New Yorker, The New York Times Magazine, Rolling Stone, and This American Life.

Dr. Shannon Mattern
Dr. Mattern is a Professor of Anthropology at The New School for Social Research. Her writing and teaching focus on archives, libraries, and other media spaces; media infrastructures; spatial epistemologies; and mediated sensation and exhibition. She is the author of The New Downtown Library: Designing with Communities, Deep Mapping the Media City, and Code and Clay, Data and Dirt: Five Thousand Years of Urban Media, all published by University of Minnesota Press. In addition to writing dozens of articles and book chapters, she also contributes a regular long-form column about urban data and mediated infrastructures to Places, a journal focusing on architecture, urbanism, and landscape, and she collaborates on public design and interactive projects and exhibitions.

Future program activities will soon be announced. If you would like to receive future Radical Knowledge announcements, please sign up here.