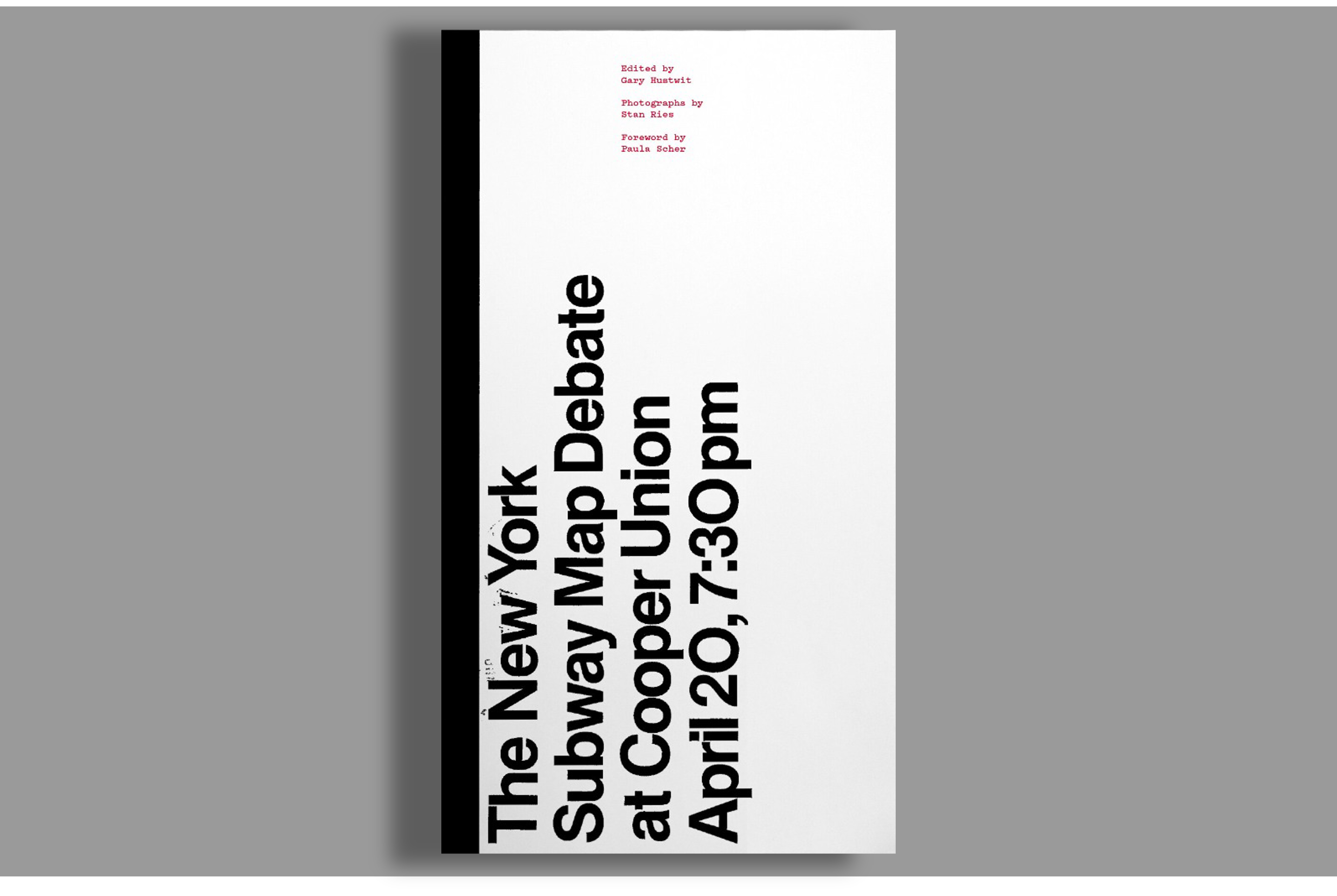 Form or function? This age-old design question comes to a head in The New York Subway Map Debate, a new book that brings to life an iconic debate between Italian designer Massimo Vignelli and mapmaker John Tauranac over the future of the NYC Subway Map in 1978. On that pivotal evening inside Cooper Union’s Great Hall, Vignelli argued with Tauranac—then the chairman of the New York Metropolitan Transportation Authority’s map committee—in a heated debate about abstraction versus realism, simplicity versus complexity, and form versus function in the design of the NYC subway map. Once lost to history, the discovery of a lost audio recording by  documentary filmmaker Gary Hustwit sheds light on this watermark moment in design history, where Vignelli attempted to defend his abstract map of the subway system against a more accurate and detailed one favored by Tauranac. The aftermath of this conversation would leave an indelible impact on the future of design, geography, transit cartography, and visual language—not to mention the way New Yorkers navigate the city.

Readers will feel themselves transported into a hyper-specific window of New York design history with the book’s full transcript of the historic debate and contentious discussion that followed with designers, transit officials, and subway riders. The book also includes never-before-seen photographs of the evening by Stan Ries, plus new interviews with original participants of the discussion, and an insightful foreword by designer and map artist Paula Scher.

In this conversation with OHNY Executive Director Pamela Puchalski, editor Gary Hustwit discussed this great debate that will appeal to straphangers, commuters, and designers alike.

Gary Hustwit is a filmmaker and visual artist based in New York. He has produced 13 feature documentaries, including Helvetica, the world’s first feature-length documentary about graphic design typography. Gary’s films have premiered at the Sundance Film Festival, the South by Southwest Film Festival, and the Toronto International Film Festival, among others. He was nominated for an Independent Spirit Award for Helvetica, and has served on the grand juries of the Sundance Film Festival, the IFP Gotham Awards, and the Full Frame Documentary Film Festival. His film and photographic work has been featured in exhibitions at the Museum of Modern Art New York, Smithsonian Cooper Hewitt National Design Museum, Design Museum London, Venice Biennale, Paul Kasmin Gallery New York, Atlanta Contemporary Art Center, Storefront for Art and Architecture New York, National Museum of Modern and Contemporary Art Korea, and the Colette Gallery in Paris, among others.

OHNY Stacks is a series of virtual book talks exploring the unknown, the unseen, and the unnoticed. Join us on Thursdays, 5:30—6:30pm ET through February with authors of highly acclaimed books critical to understanding the past, present, and future of New York—as well as national trends or global issues that influence the shape, structure, and experience of cities and urban life today.