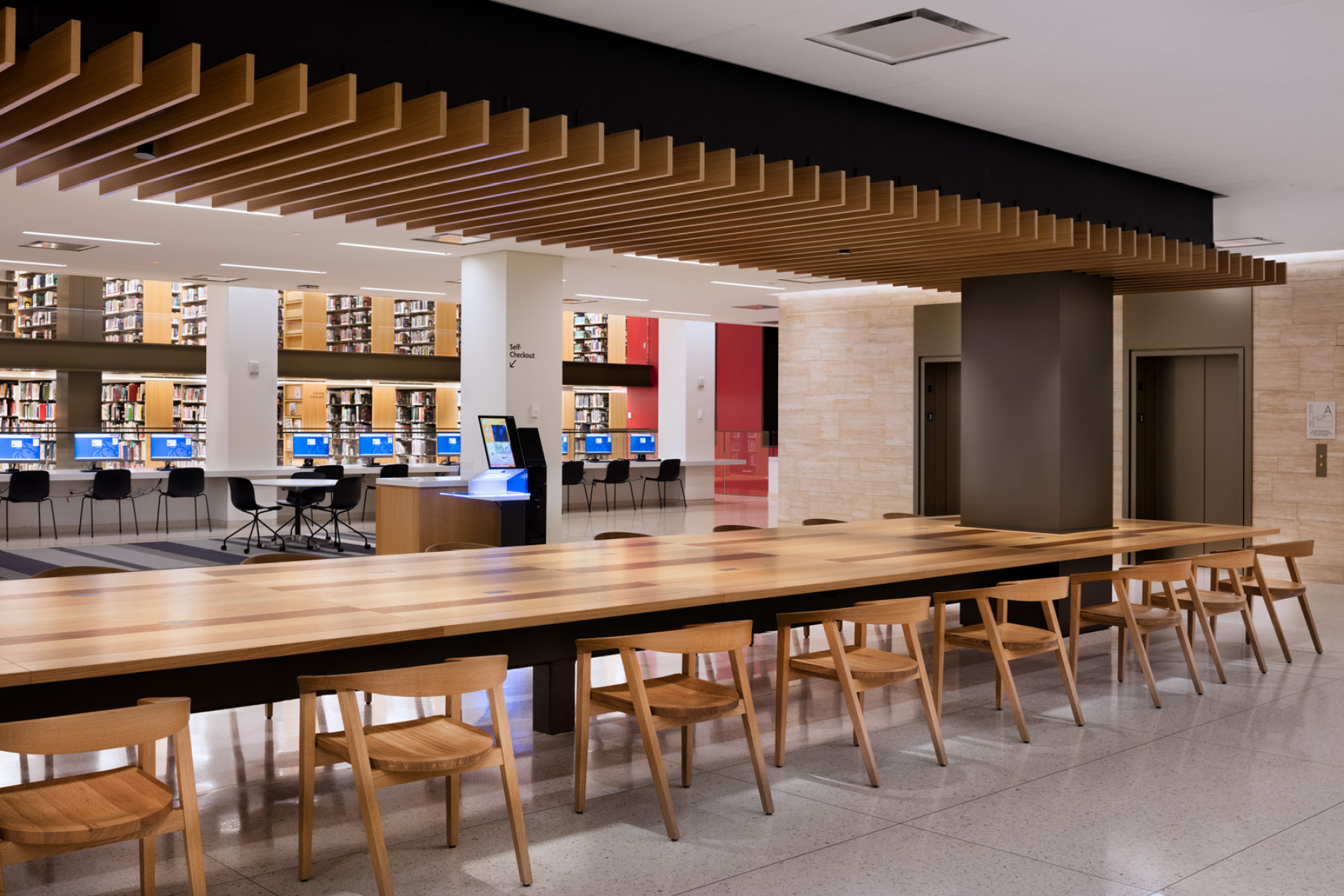 Open House New York hosted a conversation exploring the library systems and philosophies of learning, access, and civic engagement in Helsinki and New York on August 5th. Shannon Mattern (Professor of Anthropology, The New School) moderated a conversation between the chief librarian of the New York Public Library, Brian Bannon and Tommi Laitio, Executive Director of the City of Helsinki’s Department of Culture and Leisure. The conversation was followed by a public Q&A session. This event was offered as a part of Radical Knowledge: Libraries as Community Catalysts, a year-round program examining how libraries serve as both vibrant learning institutions and centers for their communities, providing physical and virtual spaces to enrich civic life.

Libraries are community anchors and critical pillars of civic and social infrastructure in our cities. The City of Helsinki has taken a visionary approach by transforming libraries into iconic urban public spaces that uphold the city’s democratic values. This conversation will explore the role of libraries as civic institutions in Helsinki and New York, centering on lessons both cities have learned on how library services and spaces can support community engagement, visionary design and infrastructure, and promote broad access to learning.

Despite the geographic and cultural differences between Helsinki and New York, the universal impacts of the COVID-19 pandemic created ripple effects for both library systems, exposing gaps in equitable access to public institutions. This past year, libraries have toggled between restrictions and re-openings, aiding recovery efforts, and serving as community centers in addressing the economic, health, and social impacts of the pandemic.

Tommi Laitio
Tommi Laitio is Executive Director, Culture and Leisure, for the City of Helsinki. A member of Finland’s capital city Helsinki’s executive team, Laitio has overall responsibility for cultural services, art museum, city museum, libraries, hundreds of sports facilities, youth work and grant policy for culture, sports and youth work. He is an experienced yet enthusiastic leader, innovator and speaker on questions such as civic engagement, diversity, role of cities, children and youth and the importance of culture and leisure. Committed to building capabilities for a good life one has reason to value, Laitio believes that ambition needs to be combined with humility. He oversees a team of 1,800 professionals and a budget of 220 million euros. Helsinki´s Culture and Leisure Division creates annually over 20 million experiences for residents and visitors. Laitio sees management as a question of service. Before joining local government, he led award-winning applied innovation and cultural projects in the non-profit sector both in Finland and in the Netherlands.

Brian Bannon
Brian Bannon is the chief librarian of The New York Public Library.  Bannon is the libraries first-ever Merryl and James Tisch Director.  He is responsible for directing NYPL’s 88 neighborhood branches, as well as the Library’s educational strategy.  Bannon recently served a commissioner and chief executive officer of the Chicago Public Library.  His successful tenures include working at San Francisco Public Library as Chief Executive Officer, at Seattle Public Library and at the Bill and Melinda Gates Foundation.  Bannon came to NYPL in 2019 with 20 years of experience in developing and implementing educational programs, lifting up a culture of learning, reading, and community learning.  Amongst many other accolades, he has been named to Fast Company’s “100 Most Creative People in Business” list and was named one of Chicago’s top 100 innovators by Blue Sky Innovation, a publication of the Chicago Tribune. Bannon received his bachelor of arts from Pacific Lutheran University and his master’s degree in library and information science from the University of Washington Information School.

Shannon Mattern:
Dr. Mattern is a Professor of Anthropology at The New School for Social Research. Her writing and teaching focus on archives, libraries, and other media spaces; media infrastructures; spatial epistemologies; and mediated sensation and exhibition. She is the author of The New Downtown Library: Designing with Communities, Deep Mapping the Media City, and Code and Clay, Data and Dirt: Five Thousand Years of Urban Media; and A City is Not a Computer, forthcoming from Princeton University Press (August 10, 2021). In addition to writing dozens of articles and book chapters, she also contributes a regular long-form column about urban data and mediated infrastructures to Places, a journal focusing on architecture, urbanism, and landscape, and she collaborates on public design and interactive projects and exhibitions.