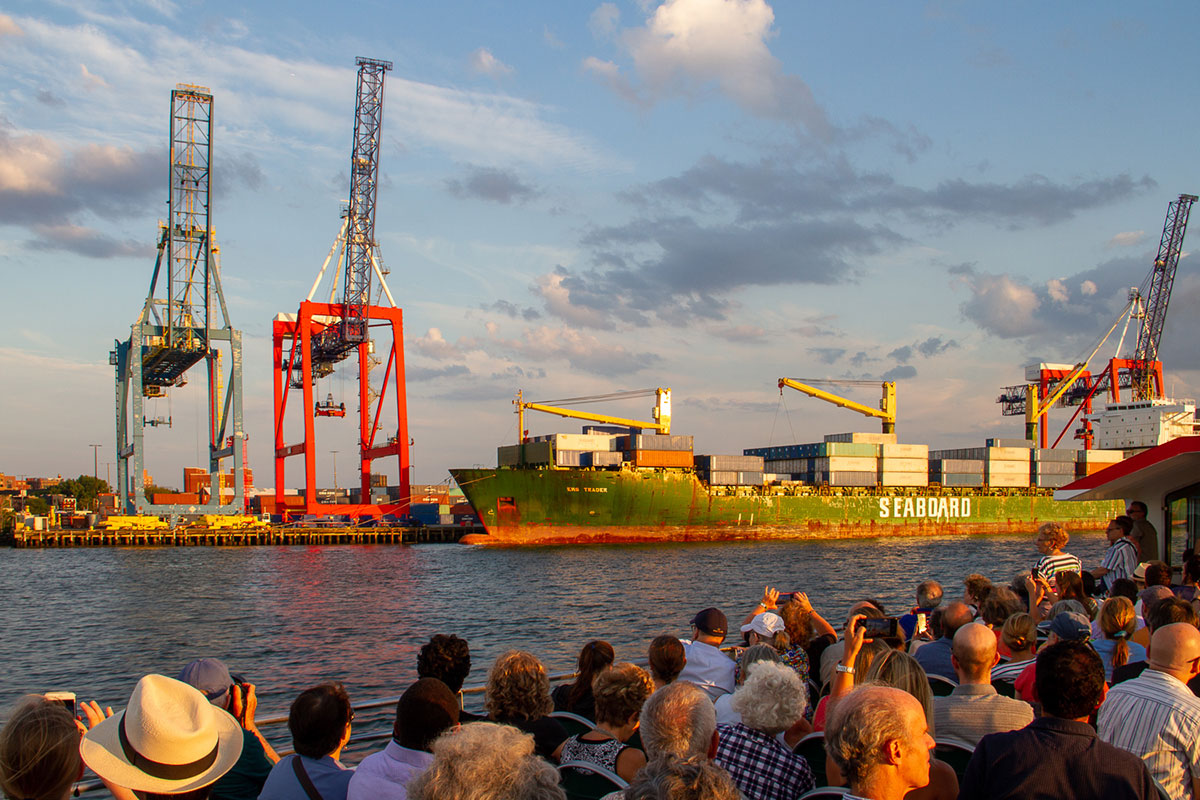 Open House New York invites you on a sunset cruise of New York’s Upper Bay to learn more about the industrial future of Brooklyn’s western waterfront.

Historically, the area in Brooklyn stretching from Red Hook to Sunset Park was one of the most important industrial maritime hubs in the United States. Home to major complexes like the Brooklyn Army Terminal, Bush Terminal, and Industry City, Brooklyn’s waterfront was a vital center for manufacturing and a significant source of jobs for immigrants and working class New Yorkers.

Following several decades of decline, the City and the industrial business community has begun to significantly reinvest in the area to modernize its infrastructure, and upgrade its maritime and rail service, to reinvent it as a 21st century industrial waterfront.

The boat will depart from Pier 83 at the Hudson River and West 43rd Street. No food or alcoholic beverages may be brought aboard but sandwiches, salads, snacks, will be available for purchase, as well as hot and cold beverages including wine, beer, and cocktails.