After Rikers: Justice by Design 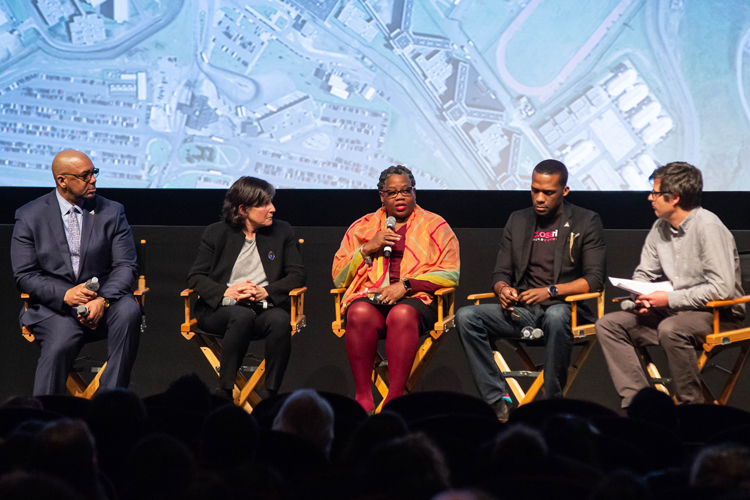 This program is now sold out, but we encourage you to join our waitlist and be notified if tickets become available.

In January 2018, New York City launched a major planning and design study to close Rikers Island, to be replaced by a network of smaller, modern borough-based jails. It is considered one of the most important projects in the city’s history.

Open House New York invites you to a presentation by Elizabeth Glazer, Director, New York City Mayor’s Office of Criminal Justice, who will give an update on the city’s progress towards realizing this borough-based jail system.

Following the update, Open House New York will present the public premiere of After Rikers: Justice By Design, a short film produced by Public Square Media that explores the vision for community-based jails proposed as part of the city’s efforts to reform the criminal justice system and significantly reduce incarceration.

Admission is free but reservations are required as space is limited.

This program is organized as part of Spaces of Justice is a year-long series of tours, panel discussions, and other public programs that allow the public to examine firsthand the spaces with primary responsibility for producing safety and rendering justice in New York City. Major support has been provided by the National Endowment for the Arts and a grant from the Reba Judith Sandler Foundation.

SVA Theatre is ADA compliant and provides assisted listening devices for the hearing impaired. For more information, please contact info@ohny.orgor 212-991-6470 at least 72 hours before the event.