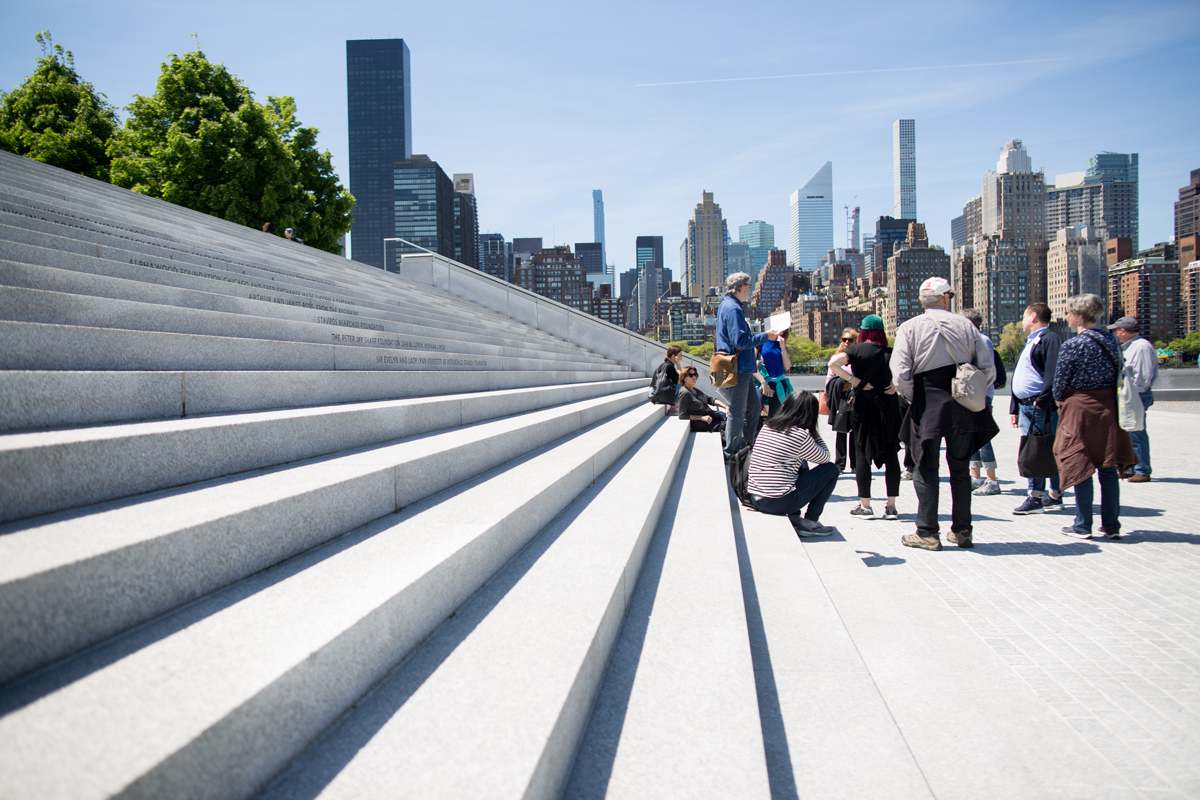 NYC Walks: A Guide to New Architecture (Prestel, 2019) is a new guidebook by architecture critic and New York City historian John Hill of ten walking tours that highlight the best of New York City’s contemporary architecture. In celebration of the book’s publication, Open House New York and John Hill organized a three-part series of tours that explored areas of the city with some of the city’s most notable new buildings and landscapes.

The series began on May 9 with a tour of Brooklyn Bridge Park that looked at the sweeping new landscape design by Michael Van Valkenburgh Associates, as well as new buildings by firms including Alloy, ODA, and Marvel Architects, among others. The series continued on May 11, with a tour that straddled the East River, beginning in East Midtown at the American Copper Buildings, by SHoP Architects; continuing by ferry to Long Island City to tour new park space in Hunter’s Point South, by SWA/Balsley and Weiss Manfredi Architects; and finally concluding on Roosevelt Island to tour the new campus of Cornell Tech–with buildings by Morphosis, Weiss Manfredi Architects, and Handel Architects–as well as the Four Freedoms Park by Louis Kahn. The series itself concluded on May 16 with a tour that traversed 57th Street from Lexington Avenue to the Hudson River, to survey the construction of new “super talls,” high rise luxury residential buildings by firms including Rafael Viñoly Architects, SHoP Architects, Adrian Smith + Gordon Gill Architecture, before ending at VIA 57 West by BIG.

For more information about NYC Walks: A Guide to New Architecture, click here.