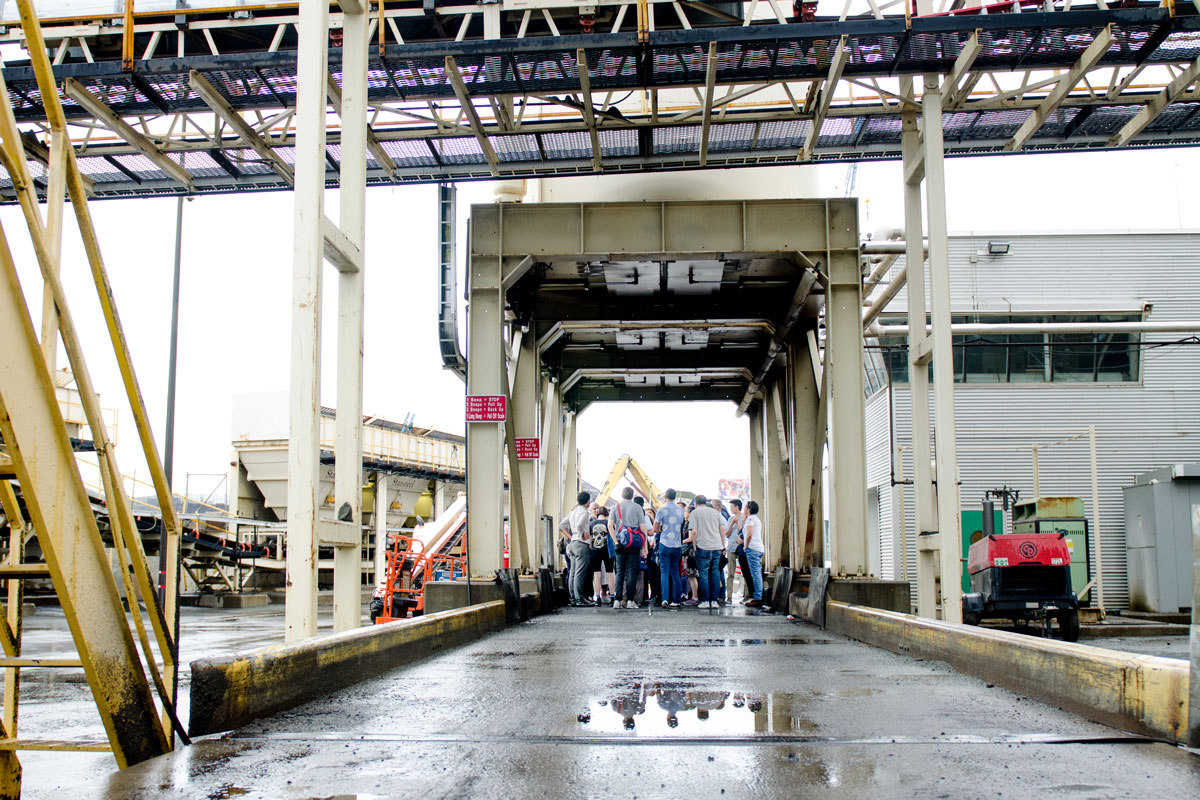 Where do roads begin? Or where do the roads end? A process often taken for granted, the construction, repair and maintenance of roadways is one of the most important activities undertaken by the city. The opening of a renovated Hamilton Avenue Asphalt Plant in 2014 ushered in a new era a road infrastructure operations for New York City. Increasing the NYCDOT’s production capacity, while dramatically reducing emissions, which in turn allows for greater resurfacing and recycling, as well as the reduction of asphalt and raw materials transport. Alongside the proliferation of its industry-leading road surface material mixture that allows for an extended paving season and work in lower temperatures, these innovations have made the facility one of the most productive and environmentally-friendly in the region.

As part of our Moving City series, we hosted a behind the scenes tour of the Hamilton Avenue Asphalt Plant led by Galileo Orlando, Deputy Commissioner for Roadway Repair and Maintenance (RRM), NYCDOT on July 31, 2019.